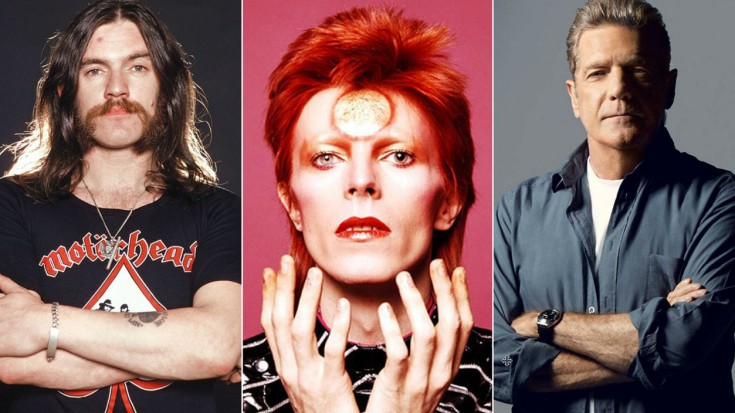 Rock Shines In An Unlikely Place

It’s been a record year indeed for music fans – within the span of three weeks, rock lost three of its biggest legends in one fell swoop: Lemmy Kilmister, David Bowie, and then the Eagles’ Glenn Frey. Tributes for the three poured in from across the world and the mourning process completely jumped the boundaries of genre, age, and gender with tributes rolling in from everyone from Lady Gaga to 19-year-old New Zealand pop star Lorde. The most surprising – and heartwarming – tribute, though, came last night at a very unlikely venue and from a very unlikely source; giving Lemmy, David Bowie and Glenn Frey their moment in the sun wasn’t a seasoned rocker making a special appearance or even an industry colleague, it was country singer Eric Church at the Academy of Country Music Awards!

Fun Fact: Eric Church is a huge fan of vinyl, making his tribute even more fitting!

Church, a lifelong fan of all three rockers – and of Stone Temple Pilots singer Scott Weiland who was also remembered last night – celebrated the lives of his heroes by working their songs into his award winning single “Record Year”; Bowie’s “Suffragette City” and “Changes” interwoven with Motörhead’s iconic “Ace Of Spades” and the Eagles’ poignant and utterly fitting “Already Gone” provided the soundtrack to Church’s eulogy.

Even if you admittedly aren’t the biggest country music fan, you have to admit how amazing it is to know that David Bowie, Lemmy, Glenn Frey – even Scott Weiland – transcended the rock genre and touched the lives of music fans everywhere!