Sorry, Everyone – Peter Frampton Had The Greatest “Black Hole Sun” Tribute To Chris Cornell, Hands Down 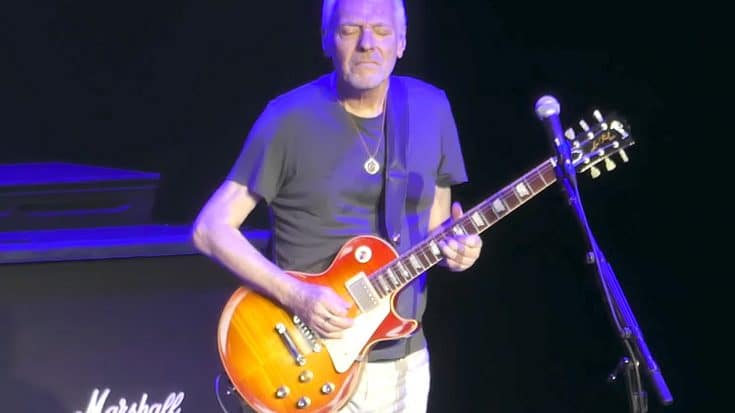 In the days and weeks following his death, we’ve learned a lot about late Soundgarden singer Chris Cornell – namely, how loved and respected he was across the musical spectrum as evidenced by the wealth of covers done in his honor. While it seems we’ve heard every possible incarnation of “Black Hole Sun” from Soundgarden’s watershed album Superunknown, our favorite to date comes from rock legend Peter Frampton; a longtime friend of Cornell who actually shared the stage with the late singer for “Black Hole Sun,” Frampton’s no stranger to this 1994 classic having covered it for his 2006 Grammy Award winning album Fingerprints in the form of a swampy, bluesy instrumental piece.

Fun Fact: “Black Hole Sun” topped the Billboard Mainstream Rock Tracks chart, where it spent a total of seven weeks at number one.

However, Frampton’s instrumental take on “Black Hole Sun” hits a little harder these days, the realization that we’ve lost something truly irreplaceable never more apparent than during his June 27th performance at Philadelphia’s Mann Center for Performing Arts; Frampton begins “Black Hole Sun” by prefacing the performance with a short but impactful dedication to Cornell, reminiscing about the 2010 performance that saw them together onstage before dedicating the next few moments to Chris and his family.

From there begins the greatest tribute to Cornell we’ve ever seen, Frampton once again exchanging lyrics for the bluesy, soulful wail of his guitar and somehow managing to say everything we’ve always wanted to say without uttering a single word. We’ve heard “Black Hole Sun” a million times it seems, but never like this – check it out in the video below, it’s absolutely worth a listen or five.