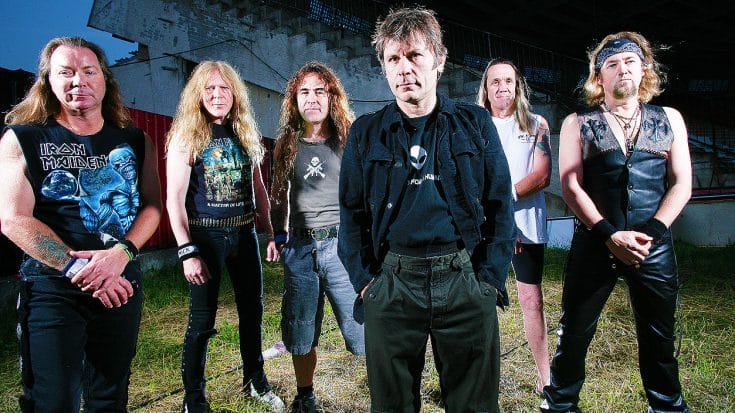 Is this the end of another legendary band?

This year, Iron Maiden is embarking on their highly anticipated Book of Souls tour. There are rumors circulating that this could be the band’s final tour. The members are getting older, and some believe that they may be throwing in the towel sooner rather than later.

However, these rumors can be put to rest. Recently, Steve Harris and Dave Murray revealed in an interview that this tour will not be Iron Maiden’s last hoorah, and even went as far as saying the band has bigger plans in the future!

“We’re not stopping after this tour; this isn’t the last tour by any means. We’re going to finish this one out, which we’re having a lot of fun [doing], and then we’re going to take some time off and next year there’s going to be some surprises.“- Harris revealed.

“I think we’re all in pretty good shape so we’ll do it as long as we can really. He [pointing at a security guard] is looking at me over there ‘cos he wants a job for the next few years as well. Don’t we all?!“- Murray said.

The band is in the midst of the tour right now, and it’s set to run until October 22nd. We’re happy to hear there’s more to come after that!