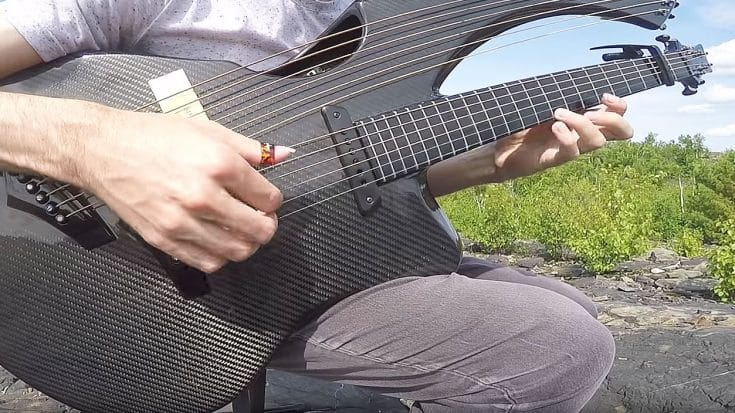 Europe Would Be So Proud Of This Young Man!

The song The Final Countdown by Europe is essentially one of the most popular action-movie songs in history. With its unmistakable synth-lead and iconic lyrics, the song is an absolute treasure. It has been used across many different platforms such as movies, boxing matches, even cartoons. It’s that good.

Now with all of that being said, could you imagine what this song would sound like if it were interpreted as a harp-guitar arrangement?

On paper, you would think that it would sound kinda lame, but you’ll be surprised to find out that it actually sounds incredible!

What you’re about to watch is a video in which an incredibly talented musician by the name of Jamie Dupuis takes to his harp-guitar and performs a acoustic version of the aforementioned song The Final Countdown. top put it simply, you’ll be blown away just like we were! See for yourself!