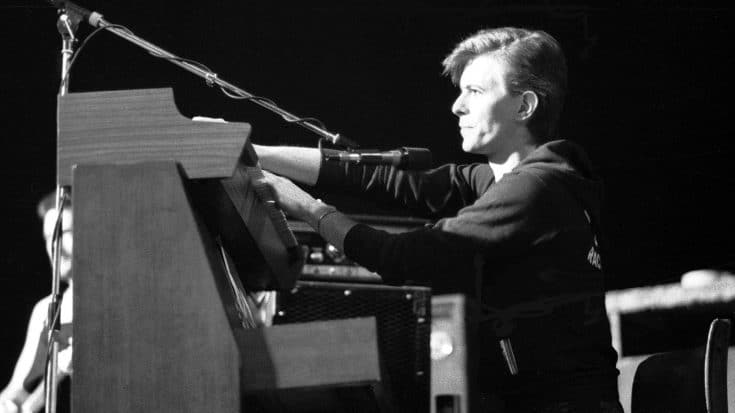 In 2019, people are a lot more careful with the words they write and say than they were a couple of decades ago. And so it goes without saying that some songs which weren’t as controversial in the ’70s would be dissected under a microscope today – with every flaw magnified a hundred times.

Like the Rolling Stones’ Brown Sugar, David Bowie’s China Girl has now been deemed inappropriate by societal standards to be played on the radio or MTV. The title alone would make every millennial apoplectic with rage. In a politically correct world, it rarely matters what you actually mean. People care more about how you say it, what terms you use, how you phrase your thoughts.

Written by Iggy Pop and David Bowie, this first appeared on Pop’s 1977 album The Idiot but it achieved popularity when Bowie included it in Let’s Dance which he released in 1983. There have been speculations and various interpretations about what it actually meant.

Author Paul Trynka, who wrote Bowie’s autobiography Starman, claimed that Pop wrote it for a beautiful Vietnamese woman named Kuelan Nguyen whom he was infatuated with at the time. Nile Rodgers, the producer for Bowie’s 1983 version of China Girl, interpreted it differently. He said:

“I figured China Girl was about doing drugs … because China is China White which is heroin, girl is cocaine. I thought it was a song about speedballing. I thought, in the drug community in New York, coke is girl, and heroin is boy. So then I proceeded to do this arrangement which was ultra pop. Because I thought that, being David Bowie, he would appreciate the irony of doing something so pop about something so taboo. And what was really cool was that he said ‘I love that!'”.

In the 2018 rock documentary American Valhalla, Pop confirmed that it was about a woman who’s married to a French singer. At the time, Kuelan Nguyen was dating French singer Jacques Higelin.

The official MV featured model Geeling Ng and Bowie in an interracial relationship. It also parodied Asian stereotypes. One part of the video showed them lying naked on the beach. Thus, it comes as no surprise that it was banned in several countries. But it was shown on MTV and even bagged the Best Male Video award during the 1984 VMAs.

In today’s politically correct world, this wouldn’t have seen the light of day. Aside from “China Girl”, the lyrics also contained another controversial word – “swastikas” which was the emblem used by the Nazis.

However, it’s worth noting that David Bowie has always spoken about inclusivity and racism. In 1983, he once called out MTV for not featuring enough black artists.

“It occurred to me, having watched MTV over the last few months, that’s it’s a solid enterprise, really. It’s got a lot going for it. I’m just floored by the fact that there are so few Black artists featured on it. Why is that?”

In that same year, he spoke to Rolling Stone about Australia’s racist past.

“As much as I love this country, it’s probably one of the most racially intolerant in the world, well in line with South Africa. I mean, in the north, there’s unbelievable intolerance.”

He also added that “China Girl” video was a “very simple, very direct” statement against racism. Basically, Bowie knew what he was doing and how it was going to spark conversations even decades later.

“Let’s try to use the video format as a platform for some kind of social observation, and not just waste it on trotting out and trying to enhance the public image of the singer involved. I mean, these are little movies, and some movies can have a point, so why not try to make some point.”

He knew his privilege and he took advantage of it by speaking out against racism and inequality. Anyone who knows David Bowie understands that he should never be taken at face value. He was never afraid to speak up and be controversial if that meant bringing to light sensitive topics people rarely talked about.

So the question remains, is the song racist?

In a way, it is. But considering Bowie’s stand on racism and how he was an outspoken opponent of any form of divisiveness, it’s understandable that he used his craft to highlight the issue. In 2019, it wouldn’t fly simply because a lot of kids nowadays react solely based on the headline. Few go past the article let alone digest it. People want political correctness but not in the form of a satire.

Then there’s Bowie. He was deeply aware of his stature and understood his influence. Three decades after, he still has people talking. And perhaps, that has always been the point.