‘Something Worth Saving’ Is Finally Here, And It’s Everything You Love About Gavin DeGraw 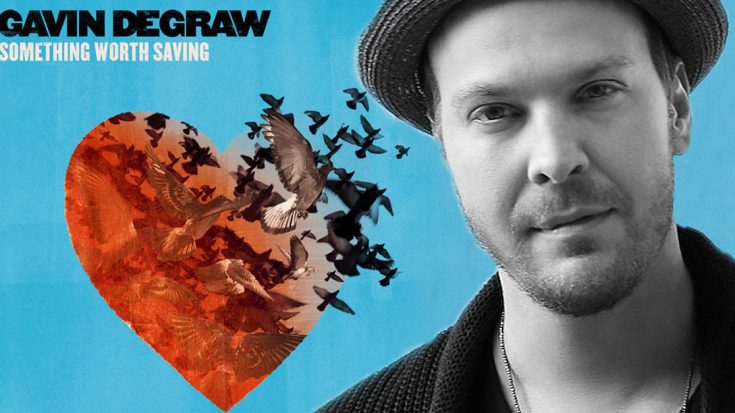 Something Worth Saving Arrives, And We Can’t Get Enough

In an interview with ABC’s Amna Nawaz in the days leading up to the release of his 6th studio album Something Worth Saving, Gavin DeGraw expressed a desire to ‘hit his mark’ as an artist by the time he releases a dozen or so albums and after giving it a few listens, we’ve come to the conclusion that not only has Gavin hit his mark just 6 studio albums into his career, he’s absolutely knocked it out of the park and set the bar impossibly high for singer-songwriters everywhere with Something Worth Saving.

Running at just over 36 minutes in length, Gavin’s latest offering arrived last Friday to the delight of fans around the world who have been waiting since 2013’s Make A Move to hear the latest chapter in his evolution as a singer and songwriter, and the three year wait in between albums was more than worth it; boasting 10 tracks each increasingly more dazzling than the last, Something Worth Saving finds Gavin DeGraw playing with different sounds and musical influences in the pursuit of hitting his mark, ranging from the slick, club worthy summer anthem “She Sets the City On Fire” and the easy, breezy Reggae inspired “Making Love With the Radio On” to the achingly raw piano driven ballad “Say I Am”.

The album even sees Gavin taking a slightly darker turn for our favorite track “Harder To Believe,” fearlessly exploring the depths of his own journey through some of the darkest moments of his life (“The hell I walked through/Left me shirtless in the night”), reminding us that there’s so much more to Gavin’s story than the happy, fun, successful and fiercely gifted final product we’ve come to know and love.

An emotionally charged ride through Gavin’s heart and soul, Something Worth Saving is everything we wanted and so much more; if this is Gavin hitting his mark only 6 albums into his career, then we can’t possibly imagine the greatness he’ll unearth from the depths of his soul by the time album 12 rolls around. Check out “Say I Am” in the audio below and while you’re at it, don’t forget to pick up your copy of Something Worth Saving!

Gavin DeGraw’s new album ‘Something Worth Saving’ is available now in stores and on Itunes, Amazon, and Google Play for Android users. Get it now!