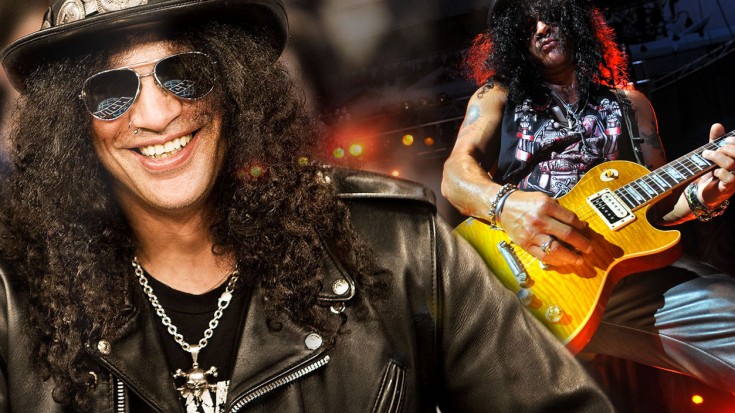 This is just one that you have to see to believe – Slash tears through a 10 minute long guitar solo based around the theme from The Godfather and honestly, I’ve never seen anything like it! The crowd is literally stunned into silence until Slash plays the final note, and everyone is on their feet and erupting into applause at the fact that after all these years, Slash has still got it!

Of his ongoing education, he says, “Myles [Slash’s singer] teaches me stuff. Technically he’s much more proficient than I am. He knows way more about all that stuff. There’s been a few times where he’s shown me licks, runs, arpeggios or scales and I’m like, ‘What was that?'”

As always, he’s as cool and collected as ever; Slash never breaks a sweat or pulls any of the ridiculous faces while soloing that guitarists are known for. To him, it’s literally as easy as breathing and as you sit totally transfixed watching his hands caress the fretboard to his Gibson Les Paul, you realize – you’re watching history in the making!