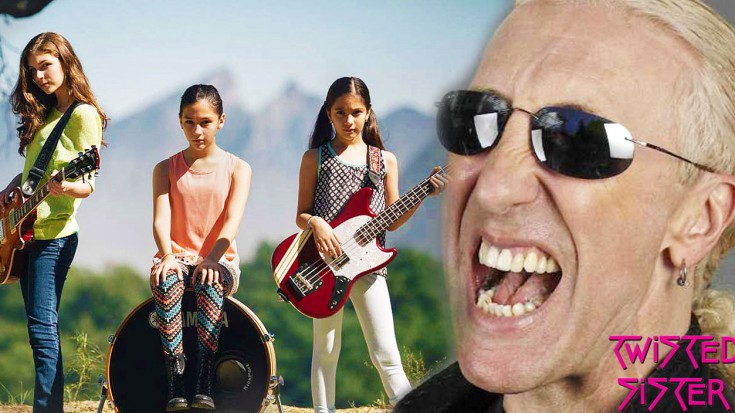 So Good, Even Dee Snider Of Twisted Sister Had To Share This!

From the moment they began their world takeover with their viral video of them performing Metallica’s ‘Enter Sandman’, Mexico’s The Warning made it clear that they are, in fact, the next big thing! Comprised of sisters Daniela (“Dany”), Alejandra (“Ale”), and Paulina (“Pau”), The Warning takes on covers of bands that have influenced them over the years, including Twisted Sister’s ‘We’re Not Gonna Take It’.

Guys, you won’t believe the passion and talent these young ladies have – 13 year old drummer Paulina is a sight to behold as she both sings and takes charge from behind her drum kit!

Big Things In Store For The Warning!

Once their ‘Enter Sandman’ cover went viral with endorsements from Metallica’s Kirk Hammett, The Warning appeared on Ellen and received scholarships to the Berklee School of Music and brand new gear with which to start their careers! You can find their first EP on Itunes, too!

Could these young ladies be The Runaways of the 21st century? Only time will tell, but I can assure you that there are major things in store for these three rocking sisters!