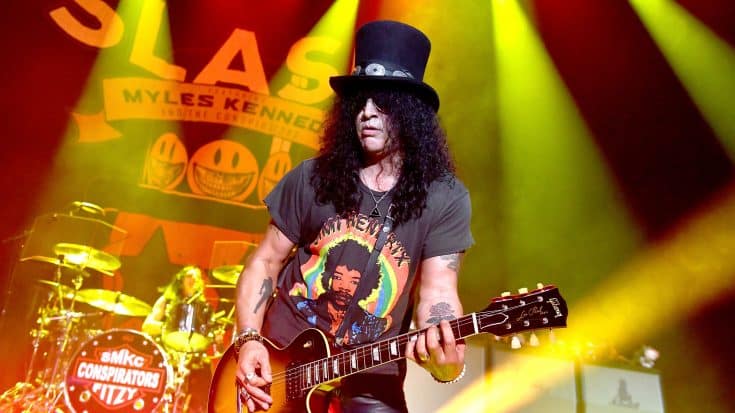 It Would’ve Been Wild

In a recent interview with Detroit radio station 101 WRIF, Guns N’ Roses guitarist Slash shared his thoughts about the rumor that Zakk Wylde joined him and Axl Rose to work on a new album. It was around 1995 after Wylde finished working on Ozzy Osbourne’s Ozzmosis. Slash said:

“Yeah, there’s some truth to that. Right before I left, I guess this was in 1996 but Guns N’ Roses was rehearsing at this place called The Complex in Santa Monica, California. I’d always been buddies with Zakk [Wylde] but in the certain context of Guns N’ Roses, it’s some weird kind of thing. We jammed for a little bit but it just wasn’t working. Not because of Zakk but just in general, it just wasn’t working. Pretty soon after that, I was gone.”

“Well you know, I think it was one of those desperate moves at the time when something needed to happen it was just a crazy idea that happened. I think it would of been a little bit over the top if Zakk and myself were out there… Cool nonetheless.”

Wylde once said he did jam with the band but it ultimately led to nowhere. But he did come up with enough material to start his own band, the Black Label Society. In the same interview, Slash also confirmed he will be working on a new record with Guns N’ Roses after he wraps up the tour.