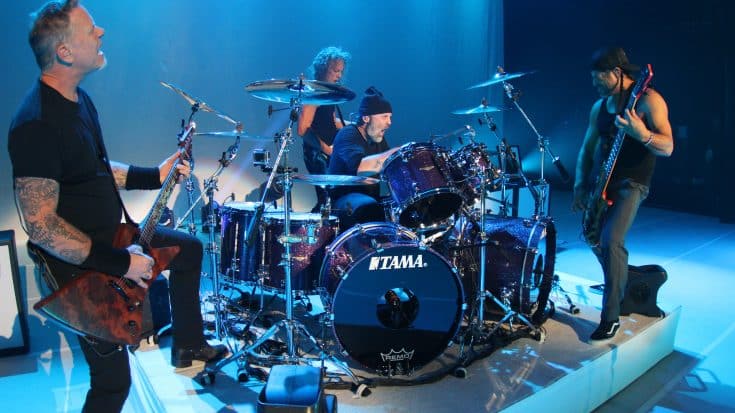 Will You Tune In?

On June 5, James Hetfield and Kirk Hammett will play the National Anthem before Game 3 of the NBA Finals between the Golden State Warriors and Toronto Raptors. It will be held at the Oracle Arena in Oakland, CA. This is the final season for the GSW at the said venue since they’re transferring to the Chase Center in San Francisco, CA. In fact, for the opening on September 6, Metallica is set to collaborate with the San Francisco Symphony Orchestra to grace the occasion.

This is also not the first time Metallica has played The Star Spangled Banner prior to a sporting event. The duo also graced the Game 5 of the NBA Finals between the Golden State Warriors and the Cleveland Cavaliers back in June 2015. They were also at the 2017 San Francisco Giants game and more recently, at the Giants-Yankees game.

For this year’s NBA finals though, the series is tied 1-1 so maybe GSW is hoping they’d get the same result the last time Metallica performed at the Oracle Arena.