Slash And Some Friends Take It Down A Notch For An Acoustic Jam That’ll Brighten Your Day! 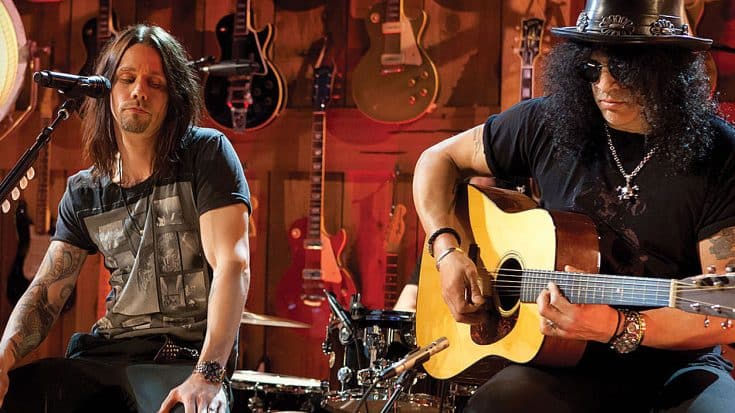 It goes without saying that Slash is undoubtedly one of the most iconic and influential guitarists of his time. He may not be the shreddiest or the most flashy, but he is the right guitarist for the right band and his ability shines brighter than most when he takes to the stage to do what he does best.

Then again, to tell you how great Slash is with a guitar is pretty pointless because chances are that you already knew that. Slash never claims this, he just goes out and proves it night after night. He is one of the best pure and simple, and he has refined his craft. Here’s what we mean!

What you’re about to watch is a video in which Slash and some of his friends take to the stage at Guitar Center and perform an acoustic jam of the song Fall To Pieces. As you’ll see here, there’s no real shredding or crazy theatrics, just a good acoustic jam. See for yourself!