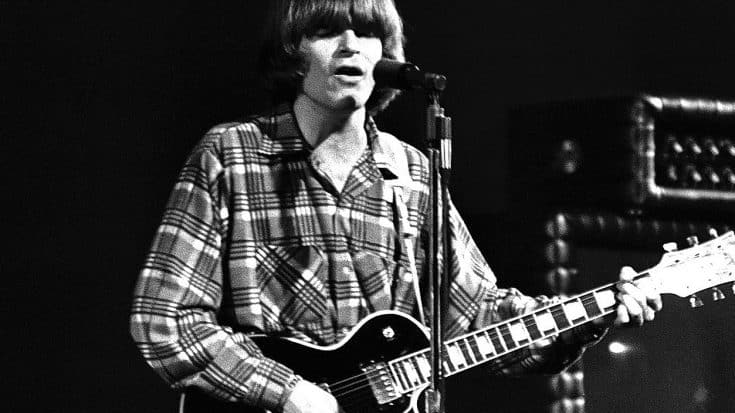 Written in 1969 and featured on Creedence Clearwater Revival’s Green River, “Bad Moon Rising” goes down in rock history as one of the most celebrated examples of songwriting, guitar playing, and of course – singing, courtesy of frontman John Fogerty. Immortalized in pop culture for its appearances in a number of films and television shows, this classic is really something special when you strip away the guitar, bass, and drums, leaving only vocals to tell the story of what John Fogerty claims is “the apocalypse that was going to be visited upon us.”

Built around Fogerty’s crisp, jangly opening and echoey vocal delivery, “Bad Moon Rising” is as widely loved for its fantastic display of musicianship as it is for the commonly misheard lyric of the song’s chorus advertising “there’s a bathroom on the right”.

Fun Fact: “Bad Moon Rising” has been recorded by at least 20 different artists, in styles ranging from folk and reggae to psychedelic rock.

A winning studio performance from John Fogerty, this vocal track is absolutely to die for! Be sure to check it out in the audio below and find a brand new way to fall in love with your favorite Creedence Clearwater Revival song all over again!