Poison ‘Really Pissed Off’ Slash At One Point, And Rikki Rockett Knows Exactly Why 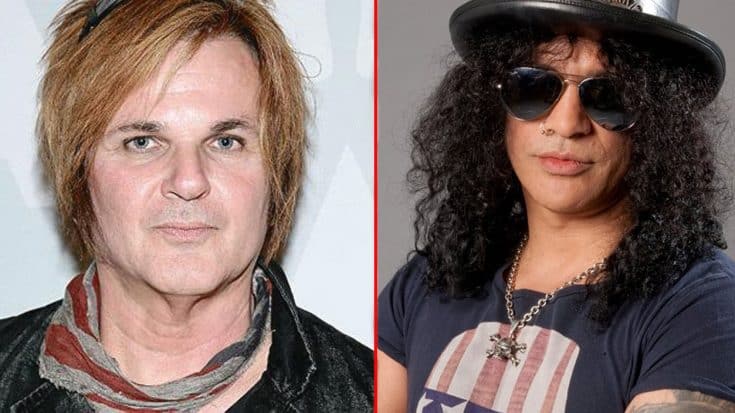 Imagine a world that involves Slash sporting makeup, crazy outfits and enough Aqua Net hairspray in his long, curly mane to carve out his own personal hole in the ozone layer; you can’t, can you? That’s because the Guns N’ Roses guitarist was actually turned down after an audition with 80s glam rock outfit Poison, an event that drummer Rikki Rockett says ‘really pissed off’ Slash in the moment but as everyone can clearly see, proved to be overwhelmingly positive for the now 51-year-old rock legend.

In an interview with the Decibel Geek podcast, Rockett dished on the 1985 audition that saw their friend Slash quickly become one of two frontrunners for the then-coveted lead guitarist spot in Poison, tearing through the band’s material like he’d written it himself and endearing himself to his would be bandmates; then, fate stepped in as C.C. DeVille auditioned, giving the guys in Poison a difficult decision to make, one that would ultimately – and understandably – upset Slash:

“I liked him; we all liked him.  And then C.C. auditioned, and he just made more sense than Slash did. So it was a tough decision, because we all liked Slash.

Slash was really pissed off about it. He was pissed. He was, like, ‘What the f–k, you guys?’… So there was that rivalry between Guns N’ Roses and Poison because of that, I think, for a long time, you know?”

Ouch! That must have felt pretty terrible, but after 3 decades it’s easy to see that Slash actually fared much, much better by being turned down in favor of C.C. DeVille. What’s that saying again – “When one door closes, another opens”? Sounds about right to us!