Slash And Axl: The Words That Ended It All 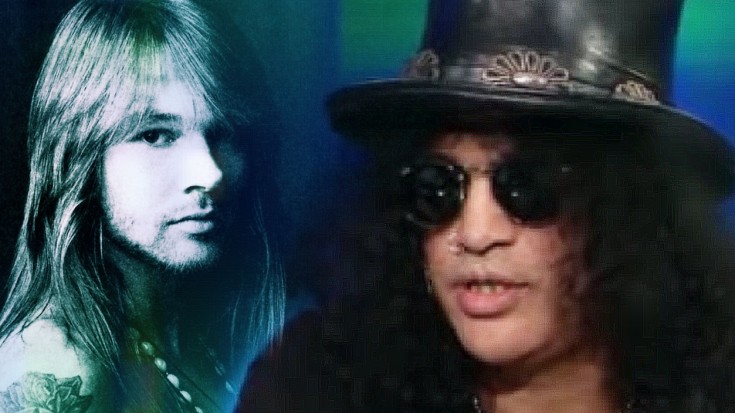 Next year it will be 20 years since Axl Rose and Slash have spoken to each other, and as much as we’d love to daydream about an eventual reunion between the two, the sad truth according to both men is that there isn’t a dollar amount in the world that could make the two want to revisit their history together. When Slash left Guns N’ Roses in 1996, we expected it to be in typical Guns N’ Roses fashion: loud, over the top, and somehow involving Axl getting physical. According to Slash, though, the end came not with a bang, but with a whimper.

When asked by Piers Morgan what his final words to Axl were, Slash replied with, “‘I’m done.’ It wasn’t even me leaving the band, it was not continuing on with Axl’s new band, the new Guns N’ Roses. It took about 24 hours to make the decision to actually leave.”

There were no fireworks, just a quiet goodbye and both men went on their ways.

Will these two ever bury the hatchet? Probably not – but then again, I think it’s better that we leave our memories of these two as we knew them in the past, don’t you?