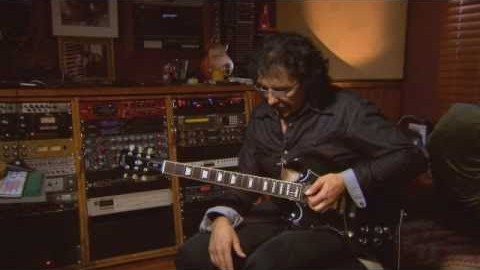 Riffs From War Pigs & Solos- Tony Breaks It Down

Rock legend Tony Iommi (Black Sabbath) shows us in this video some of the riffs from War Pigs and delivers the first solo part. Here he breaks it down when it comes to how he puts a solo together, which is quite interesting to say the least.

Ever noticed his fingertips and wondered what happened? A fun (or not so “fun”) little fact is that he actually got them sliced while working his last day on the job at a sheet metal factory…and of course out of all people, it happens to a guitarist. Ouch. Really, he just figured out a way to play and deal with it and you know, just became one of the biggest rock stars…ever. No big deal.