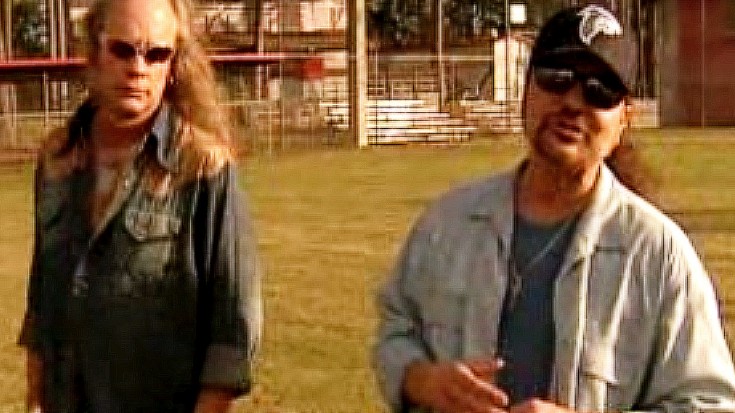 With an origin story as hilarious and unique as each of its band members, we’re not surprised that Southern rock legends Lynyrd Skynyrd have an even funnier story surrounding how they snagged their guitarist Allen Collins that same day! On a recent trip back home to Jacksonville, Lynyrd Skynyrd guitarists Gary Rossington and Rickey Medlocke took the Skynyrd Nation on a tour of their hometown, including the infamous Criswell Park where in 1964 Allen was riding his bike when he was yelled at by a passing car that held Ronnie, drummer Bob Burns, and Gary Rossington in the backseat.

“Allen was riding his bike and Ronnie and Bob yelled, “HEY ALLEN! Come here, we wanna talk to you!” and all of a sudden Allen hauled butt because he thought Ronnie was gonna beat him up!”

“So he ran out into the woods, threw his bike down and climbed up one of those trees over there.“

Rickey Medlocke can’t stop laughing as Gary recalls his first encounter with Collins, no doubt imagining the young man looking like a deer in the headlights as he threw his bike to the ground and shimmied up the nearest tree. Thankfully, Ronnie and the guys were able to talk Allen down from the tree and over to Bob’s house where Lynyrd Skynyrd, then known as The Noble Five, held their first ever practice session.

Guys, this is a can’t miss story that’ll make you laugh and appreciate the bond between this band of brothers even more!

Tune in to this hilarious, heartfelt interview via cmt.com at the link below. 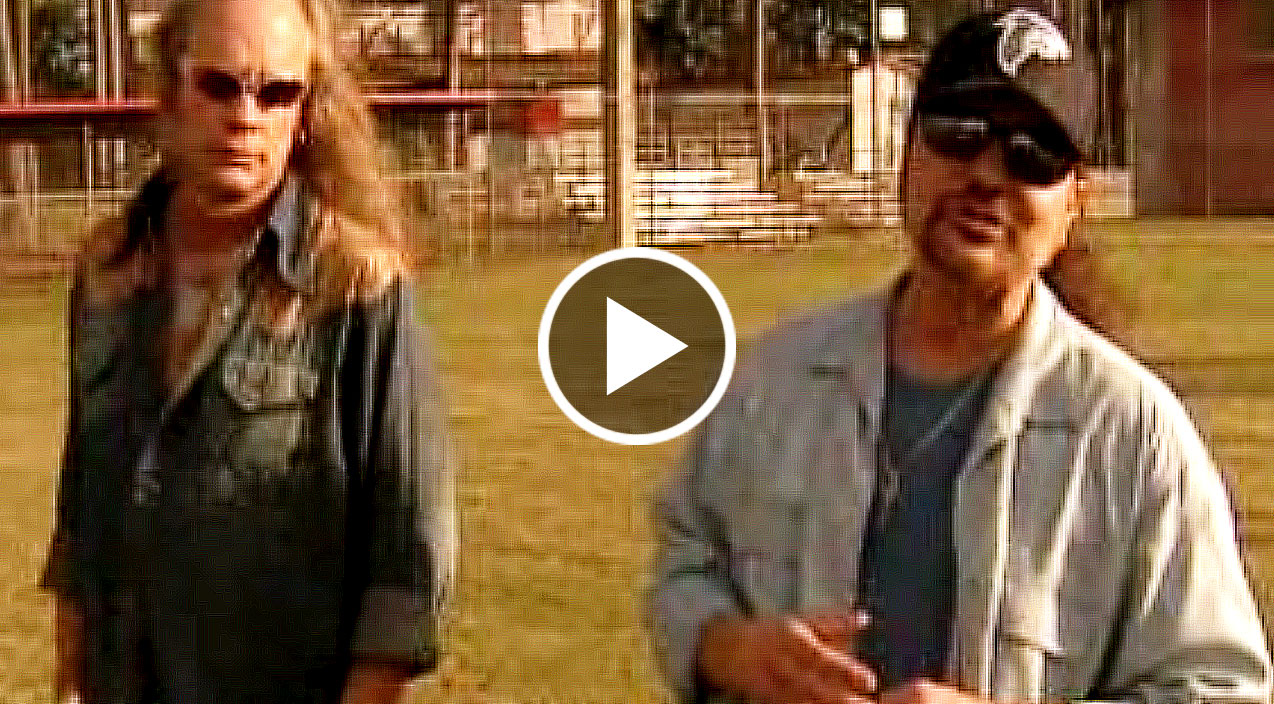