Led Zeppelin’s Lawsuit Could Be Settled For Just $1 – So What’s The Catch? 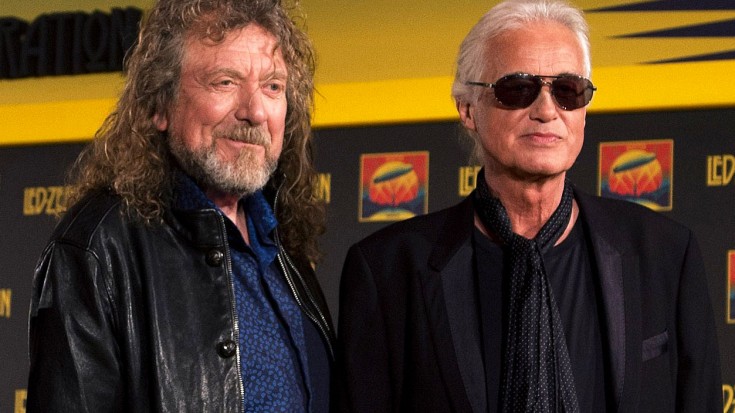 Too Good To Be True?

Classic rock giants Led Zeppelin are currently engaged in a battle to prove that their iconic 1971 classic “Stairway To Heaven” is, well, actually theirs. The lawsuit brought against them – more specifically Robert Plant and Jimmy Page – comes from the estate of late Spirit guitarist Randy California whose 1968 song “Taurus” is said to have been stolen by Page and Plant and is currently slated to head to trial on June 14th after a California judge ruled last month that “Taurus” and “Stairway To Heaven” are similar enough in song structure and melody to warrant the case going to trial.

Rather than dragging out the trial for years on end, lawyers for Randy California’s estate have offered Led Zeppelin the chance to settle the case for the low, low price of just $1.00 – meaning, pay the $1 and poof! – Page and Plant can go on with their lives.

So what’s the catch?

It isn’t the money that the lawyers for California’s estate are after – it’s the songwriting credit. The offer of a $1 settlement was done under the condition that Page and Plant give proper songwriting credit to Randy California for “Stairway To Heaven” and of course, a share of the royalties going forward.

There’s no word yet as to whether Led Zeppelin will accept the terms and the $1 settlement in exchange for proper songwriting credit and royalties – which, as you know, cost much more than the $1 settlement that’s being proposed – but with the trial being pushed back to June 14, they’ve got a little time to ruminate over their options. In the meantime, stay tuned for more information as the situation unfolds!