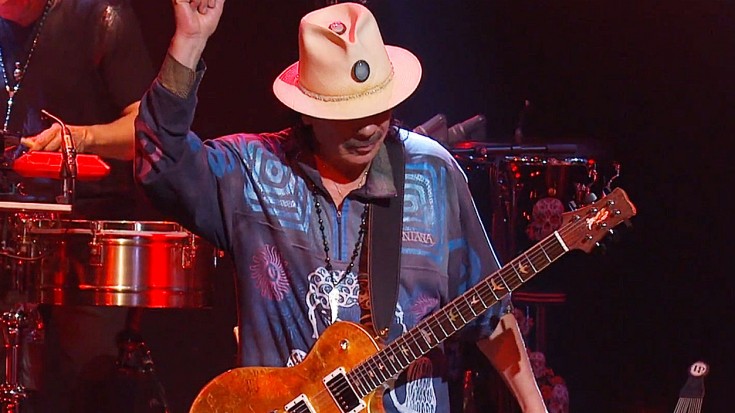 Santana fans, rejoice: the moment you’ve been waiting for has finally arrived! Just weeks after Santana IV hit the shelves, Santana has released the first music video from the album for lead single “Anywhere You Want To Go,” and it’s a much needed blast from the past. Featuring classic members like Gregg Rolie and Neal Schon of Journey, Michael Carabello, Michael Shrieve and of course the legendary Carlos Santana, the music video for “Anywhere You Want To Go” is a blend of live and studio footage showing these lifelong friends at work and at play as they played a series of House of Blues shows in between hitting the studio for recording sessions.

At a time when we’re losing rock legends one by one on a seemingly daily basis or mourning a band’s breakup, it’s a refreshing thing to see the guys in Santana not only having a great time together but actually showing it. In fact, this is the most we’ve seen these guys smile in years; there’s definitely something to be said for getting together with friends to create something magical and this video is magical, indeed.

Check it out in the footage below and let us know what you think!