Skynyrd Revealed: Gary Rossington Talks Band’s 4 Most Legendary ‘We Made It’ Moments 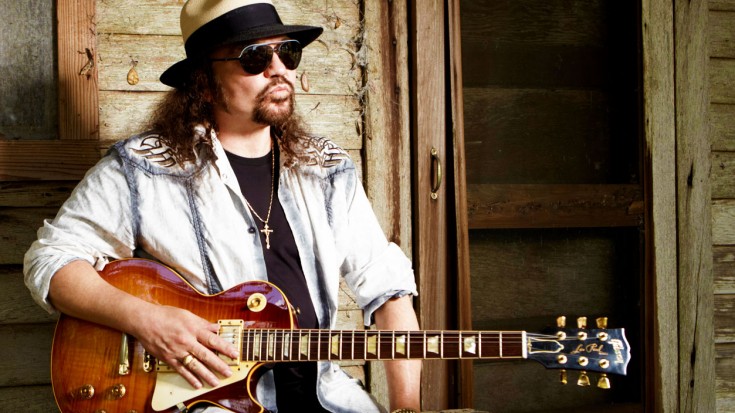 “We Really Thought We’d Made It.”

This week marks the tenth anniversary of Lynyrd Skynyrd’s 2006 induction into the Rock And Roll Hall Of Fame, undeniably the single biggest moment in the lives of Southern rock’s most well-loved legends.

Just a few years after he took the stage with bandmates past and present to receive rock’s highest honor, veteran guitarist Gary Rossington sat down with Guitar World magazine for an illuminating interview that shed light on Lynyrd Skynyrd’s rich and colorful history – including 4 “we made it!” moments that meant everything to Jacksonville’s hometown heroes.

Before Lynyrd Skynyrd was playing sold-out arenas and festivals around the world, Jacksonville’s hometown heroes cut their teeth on any gig they could find; from a Christmas party held by Ronnie’s brother-in-law to their very first church dance. Some bands might not consider a neighborhood church dance the next big thing in gigs, but for Lynyrd Skynyrd, it was the big time.

“There’s a lot of little points like that, but the first time we played at a church dance was big-time to us,” revealed Gary. “There was a place called Good Shepherd’s in Jacksonville where all the cool teens went to dance every weekend. When we played there, we thought we’d made it.”

In 1974, Lynyrd Skynyrd finally got the chance to play the Jacksonville Memorial Coliseum – a 10,000 seat arena that the band returned to regularly over the years. Demolished in 2003 and replaced with state of the art facility Jacksonville Veterans Memorial Arena, the Coliseum holds fond memories for Gary: “Really, it was The Coliseum in Jacksonville — once we played the 10,000-seat Coliseum, we thought we’d made it big.”

3. Plane Rides From Venue To Venue

It may seem silly to some, but every working band longs for the day that they can afford to take planes from venue to venue instead of slugging it out on tour in a bus, van, or in some cases not being able to tour at all – and Lynyrd Skynyrd was no different! Understandably, the band’s ability to fly instead of driving for days on end to get to the next show marked a turning point in their career – one that Gary counts as a serious “we’ve made it” moment for Lynyrd Skynyrd.

One of the biggest “we’ve made it!” moments came following the 1973 release of Lynyrd Skynyrd’s debut studio album, Pronounced Leh-Nerd Skin-Nerd as the boys were tapped to open for rock legends The Who on their Quadrophenia Tour that year.

Looking back on the band’s time spent on the road with Roger, Pete, John, and Keith, Gary recalls the magic of the experience by saying, “We were playing in front of big crowds for the first time, flying on planes, so that was a big deal.”