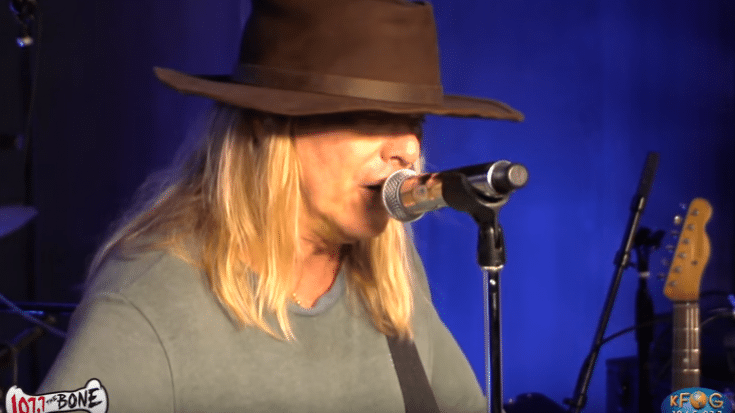 Set to release new album Bang, Zoom, Crazy…Hello in April, Cheap Trick has decided to channel one of the greatest artists to ever grace a stage, the one and only David Bowie, in their new, haunting single “When I Wake Up Tomorrow.” With a darker 007 feel to the song, the members of Cheap Trick, especially guitarist Rick Nielsen, feel that the song embodies a slower, Bowie-esque resonance that was recorded just before the rockstar’s passing.

“This song always reminds me of a sultry David Bowie song. I liked it from the first time we attempted to do it. It’s just a moody, interesting piece with some heavy guitars in the middle.

The last line is ‘Are you gonna be here when I wake up tomorrow,’ and then Bowie passed away after we recorded it.” – Rick Nielsen

Featuring some killer shots of the hardest working band in rock, the video is set in a similar tone of the song – dark and heavy, and showing the world that they are back in a major way. After the group’s longest hiatus, with simple yet powerful shots of the members, including new band member and drummer Dax Nielsen, this dynamic reintroduction is something to truly be marveled at.

Ready to claim their rightful place in the Rock and Roll Hall of Fame on April 8th and celebrate their first album release since 2009, it is safe to say that Cheap Trick is a force to be reckoned with!