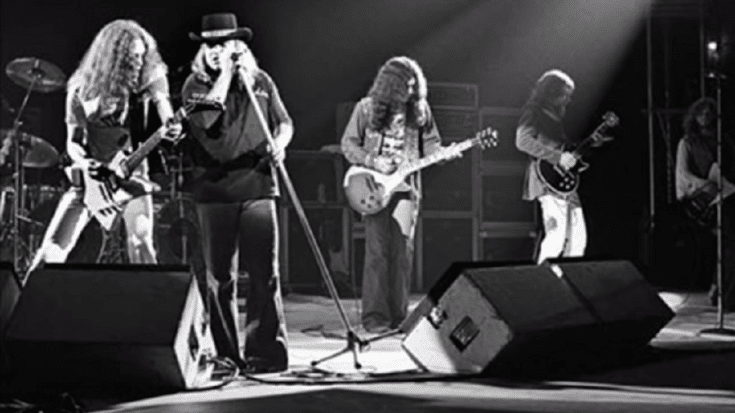 One of the things that makes Lynyrd Skynyrd so special is their broad range of musical influences. Covers like “T For Texas” celebrate the band’s immense respect for classic country music, while originals like “Workin’ For MCA” highlight the tremendous impact that British rock bands like the Rolling Stones and The Yardbirds had on Ronnie, Allen, and Gary growing up.

However, the Skynyrd classics we grew up on just wouldn’t be the same without the boys’ love for good old fashioned Delta blues; that rich, syrupy, soulful sound that makes Southern rock stand apart from any other kind of rock music in the world! In 1976, Lynyrd Skynyrd took a cue from Brit rockers Cream and created their own rendition of “Crossroad Blues” – an old Delta blues classic written by Robert Johnson and updated in 1968 with Cream’s version, simply called “Crossroads”.

After hearing this live audio from One More From the Road, we have to say – we’re absolutely in love with this rockin’ rendition! It’s pretty epic, to be honest. There are reasons why they’re legends in Southern Rock and this is just one of them.

In true Skynyrd fashion, not only do they do this classic justice as they salute one of their musical influences, but with their unique sound and patented three guitar attack, Lynyrd Skynyrd succeeded in turning “Crossroads” into an upbeat, funky cover that’s so good, you’ll forget that there was ever anything before it!