Sina Slows It Down For A Smooth, Groovy Take On Foreigner’s “Waiting For A Girl Like You” 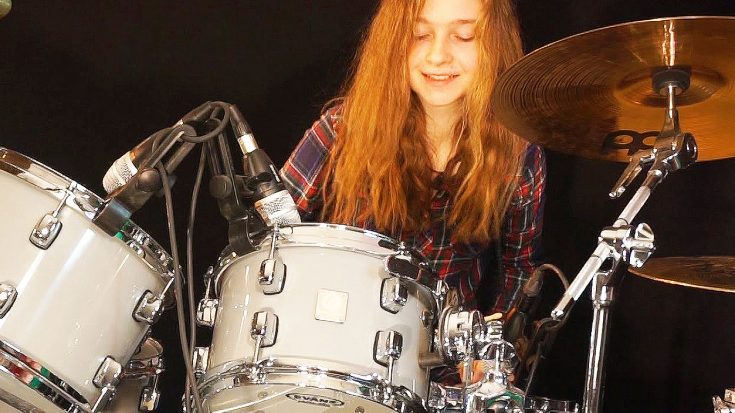 So much skill at such a young age

If you’ve been an avid follower of our page, you’ve probably become super familiar with YouTube drumming sensation Sina. If not, Sina is a 14-year old drumming prodigy who consistently crushes amazing classic rock covers by bands like AC/DC, Genesis and KISS.

Sina is back at it again with an amazing cover of Foreigner’s “Waiting For A Girl Like You.” It’s definitely a change of pace for Sina, who usually tackles heavier, and more upbeat songs. This cover sees her slow it down a tad, and trade the insane fills and rolls for a smooth grooves and finesse. Either way, she adapts perfectly, and crushes it as well as every other cover she’s done!

Fun Fact: This may be the biggest hit single in US chart history that never made it to #1. It spent an astounding 10 weeks at #2, but had the misfortune of peaking at the same time as Olivia Newton-John’s even more massive hit “Physical,” which spent 10 weeks at the top spot. But even when “Physical” finally fell out of #1, “I Can’t Go For That (No Can Do)” by Daryl Hall and John Oates leapfrogged ahead of this song into the #1 spot. The week after that, “Centerfold” by the J. Geils Band knocked the Hall and Oates song to #2 and this song to #3.

Check out Sina’s awesome cover down below, and let us know what you think!