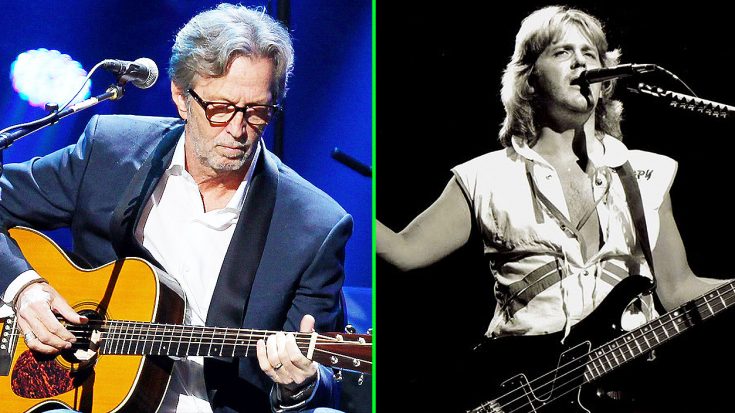 On Tuesday we unfortunately had to say goodbye to Asia bassist and frontman John Wetton. Wetton passed away from a long battle with cancer, and left a huge void in the Asia lineup. However, Asia is still set to tour with Journey later this year. Wetton had pulled out of the tour shortly after it was announced.

Since his passing, many artists have paid tribute to the late legend. Artists have covered songs, written notes and more in memory of the prog rock pioneer. Eric Clapton decided to pay tribute to Wetton, with an original song he uploaded to his Facebook page titled “For John W.” The song is a short purely instrumental, acoustic tune. The sound is extremely soft and delicate, which adds an incredible amount of emotion. Clapton also opted to go with simple production, so it sounds like it was recorded with one microphone onto a laptop, making it a lot more personal than an over the top production.

Clapton did a similar gesture when his Cream bandmate Jack Bruce passed away in 2014.

Check out the beautiful piece of music down below, and let us know what you think!