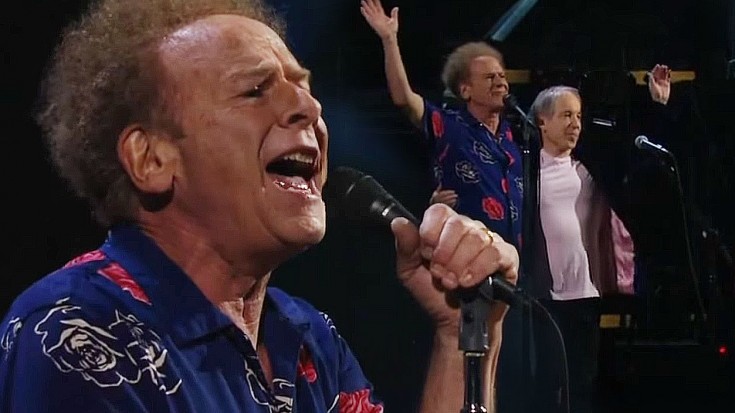 One of the most prolific singer-songwriter duos of the 20th century, Simon and Garfunkel officially called it quits in 2010 following Art Garfunkel’s vocal paresis diagnosis. This officially closed the chapter on a career spanning over 50 years together – one that resulted in songs that we now consider the soundtrack of the 1960’s counterculture. Before the duo let the curtain fall on the Simon and Garfunkel we once knew, Art and Paul united in 2009 for the 25th anniversary Rock And Roll Hall Of Fame concerts to say goodbye in a way that would tug at our heartstrings a little, and take us back to simpler – though not necessarily kinder – times.

Fun Fact: Simon and Garfunkel’s friendship spans over 60 years! The two met in grade school when they both appeared in a production of Alice in Wonderland.

We’ll miss Simon and Garfunkel, but this performance was the send-off of a lifetime that perfectly sums up a fantastic partnership whose music helped define an entire generation!