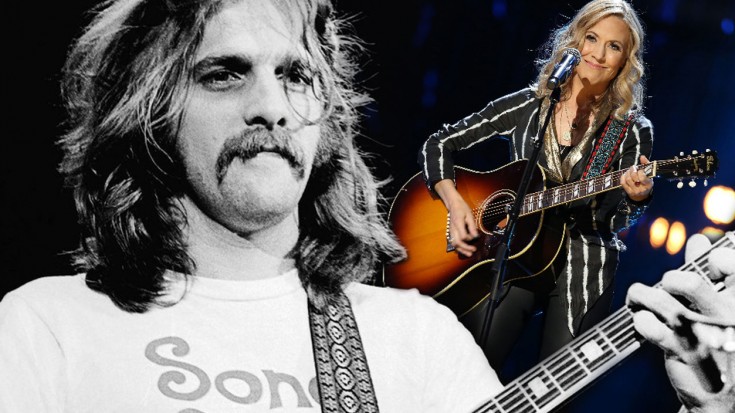 Here’s To You, Glenn Frey

In a year where the rock world has been rocked by tragedy after tragedy, last Friday night’s Rock And Roll Hall of Fame induction ceremony was a breath of fresh air – a nightlong celebration of glowing careers and even brighter futures belonging to the artist we’ve loved for decades, both past and present. One of our favorite moments of the evening came to us from singer-songwriter Sheryl Crow and special guest Grace Potter whose surprise “New Kid In Town” tribute to late Eagle Glenn Frey brought the ceremony both a sobering reminder of those we’ve lost in the past four months and stark reminder as to why the Rock And Roll Hall of Fame actually exists – to preserve the legacy of rock and roll and all of its most brilliant minds.

Fun Fact: The Eagles were inducted into the Rock And Roll Hall of Fame in 1998.

Sheryl, who once sang backup for Don Henley, traded licks with another guitarist in between exchanging harmonies with guest vocalist Grace Potter, mimicking the harmonies that the Eagles came to be known for and creating an absolutely stellar blend of rock and country that more than perfectly sums up the legacy of Glenn in a heartfelt, sincere tribute to our favorite “New Kid In Town”.

While footage of the induction ceremony – and Sheryl Crow’s performance – won’t be available until April 30th on HBO, never fear: we’ve got fan shot footage below that we’re sure Eagles fans and rock fans and general will appreciate!