Pink Floyd Comes To The Dark Side In Brilliant Star Wars, ‘Dark Side Of The Moon’ Sync 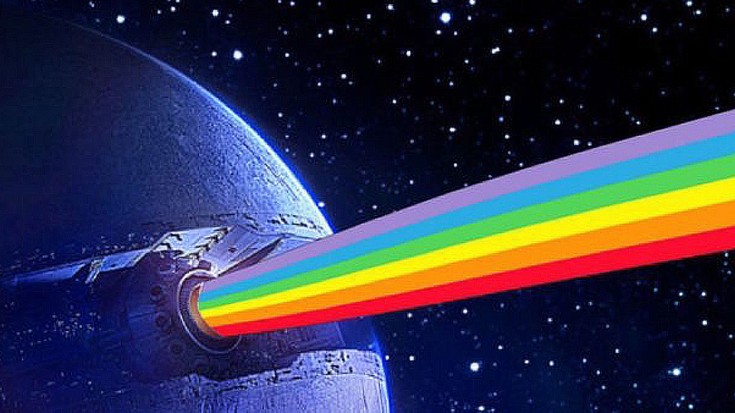 In A Galaxy Far, Far Away…

For years, fans of Pink Floyd have loved syncing up one of their most iconic albums with one of the most iconic movies ever made, creating what’s affectionately known as Dark Side Of the Rainbow – The Wizard of Oz set to Pink Floyd’s Dark Side Of the Moon, and a pretty trippy experience no matter where your loyalty lies. Now it looks like there’s another contender in line to succeed The Wizard of Oz and this time, it’s from a galaxy far, far away.

Fun Fact: In July 2000, the cable channel Turner Classic Movies aired a version of Oz with the Dark Side album as an alternate soundtrack.

Thanks to the eager Star Wars fan who managed to sync the first 8 minutes of The Force Awakens to Dark Side Of the Moon, we might just have a new movie urban myth for a brand new generation! Check it out in the footage below and let us know what you think!