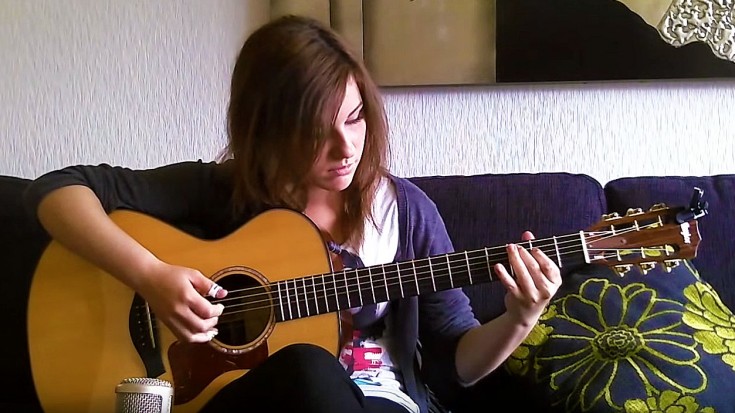 When heavy metal needed a ballad that appealed to both the lover and fighter in all of us, Metallica stepped up and delivered with ‘Nothing Else Matters’. Written by James Hetfield for his girlfriend at the time, it’s a song about defying the odds stacked against couples that are far apart from each other, and Swedish fingerstyle guitarist Gabriella Quevedo absolutely nails that feeling in this rendition!

At 16, Gabriella arranges most of her covers on her own, making this rendition of ‘Nothing Else Matters’ all the more impressive. She plays both the rhythm and melody of the song, always mindful of her timing so that she doesn’t accidentally skip one in favor of another, and hers is a cover that too appeals to the lover and the fighter in everyone.

Fun Fact: Gabriella’s only been playing for 6 years total, and has been playing professionally since the age of 12.

This rendition of ‘Nothing Else Matters’ is one that declares Gabriella as a force to be reckoned with in the guitar world! She approaches it with a whisper but it still packs the same punch as if she’d approached it with a roar!