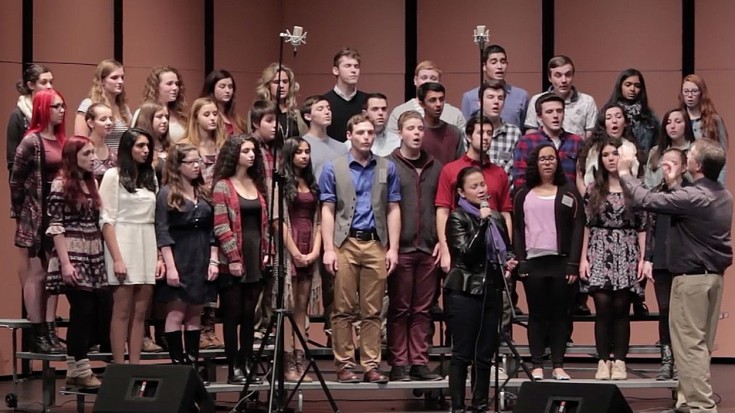 Lea Salonga, voice of Disney’s Mulan and Jasmine, graces the stage with the South Vocal Ensemble of the Council Rock High School South to perform the Beatles hit “Blackbird.”

Being a famous Broadway talent, Lea has built a beautiful career as a strong, Philippino singer years now. This rendition, however, is special as she softly serenades the crowd to this iconic Beatles song.

“Blackbird singing in the dead of night,  take these broken wings and learn to fly.  All your life, you were only waiting for this moment to arise.”

Singer and performer Paul McCartney originally this song in support of the African American struggle in the U.S. at the time as the black bird represents the scared and tormented black population.

Interesting Fact: This was one of 5 Beatles songs McCartney performed on his Wings Over America tour in 1976.

From listening to “Reflections” and “A New World” it is amazing to see Lea cover this beautiful song with such a powerful meaning behind it.