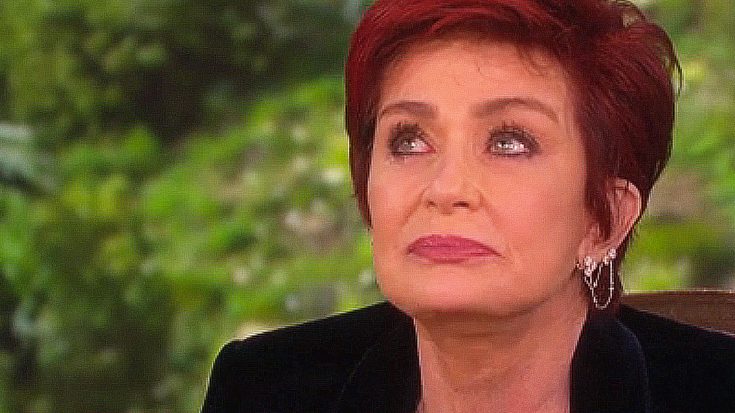 It’s been a rough day for the Osbourne family as Ozzy’s mistress Michelle Pugh broke her months long silence regarding her affair with the 67-year-old rocker, declaring that they were in love and blaming the affair on Ozzy’s supposed unhappiness in his 34 year marriage to Sharon Osbourne.

Heartbroken but never one to keep fans in the dark about what’s going on with her famous family, Sharon took to her television show The Talk this morning to address the latest news on the state of her marriage and surprised the audience by bursting into tears as she revealed that Ozzy’s affair with Michelle and countless other women stems from a 6-year battle with sex addiction – something he’s been in “intense therapy” for over the course of the past 3 months as an outpatient.

“It’s Quite Embarrassing To Talk About.”

Surrounded by her co-hosts and special guest Andy Grammer, Sharon pulled no punches as she tearfully admitted both her pride in Ozzy’s decision to seek treatment as well as her deep and profound embarrassment at what his actions have done to her and their family, saying that talking about her husband’s sex addiction is infinitely harder than talking about his battles with substance abuse.

Currently preparing to head out on tour with Black Sabbath, Ozzy “mortified” at what his choices have done to his family, is slated to battle his addiction head on when the tour wraps with another 3 months of intense treatment – but this time as an inpatient – to hopefully regain some semblance of control over his life and work towards being the husband and father his wife and children deserve. We wish Sharon and Ozzy all the best as they navigate these rough waters, and stay tuned for Society of Rock for more updates on the situation.