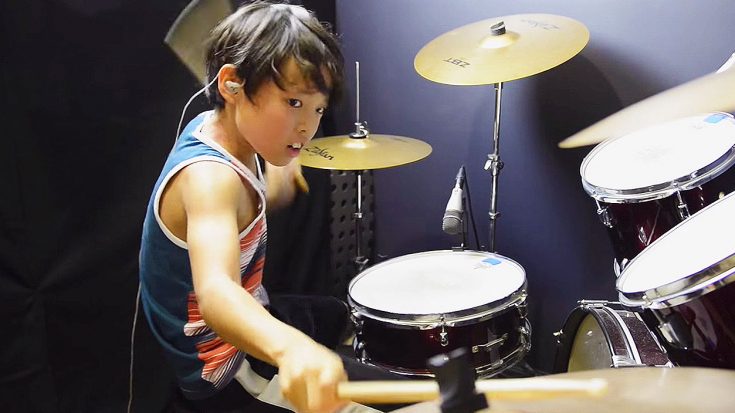 Amazing talent for such a young age!

13-year old Joh Kotoda from Australia did his best impression of Rush’s Neil Peart with his cover of “YYZ.” Although many consider Peart one of the best drummers of all-time, and his technique and skill are nearly impossible to replicate, Kotoda did a fantastic job of channeling the world-renowned drummer in his cover. What makes his cover so impressive is the fact that he doesn’t have as many drums to work with as Peart does. Using only a hi-hat, snare, three toms, a kick drum, and three cymbals, Kotoda proved quality far outweighs quantity as far as drum sets are concerned.

It’s impressive to see someone at such a young age take on a challenging song like “YYZ.” Not only that, he’s only going to get better, so imagine the type of drummer this kid will be when he grows up! If you look through Kotoda’s YouTube channel, he has some other great covers of popular songs from today, as well as more classic rock songs. So definitely be sure to check them out, because he is a true talent!

Check out Kotoda’s “YYZ” cover down below!