Sgt. Pepper’s Album Cover Gets A Facelift In Honor Of Those We Lost In 2016 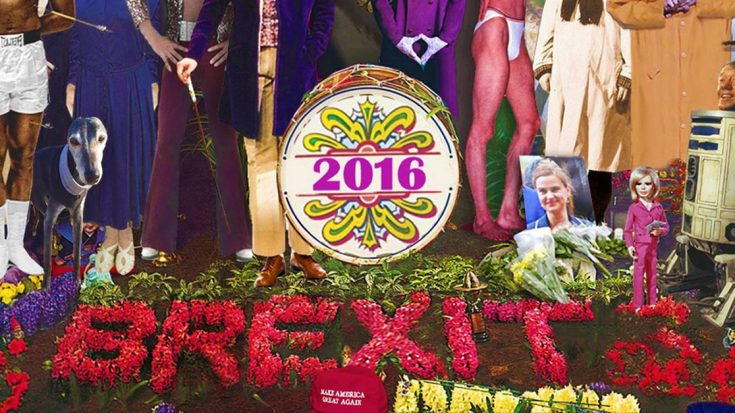 Can You Name Them All?

David Bowie, Leon Russell, even Pete Burns – they’re all there, immortalized in artist Chris Barker’s Sgt. Pepper’s Lonely Hearts Club Band album art remix. In a year that’s said goodbye to some of the best and brightest that history had to offer, it can be a little easy to forget exactly how many people we’ve lost in the last 12 months, but when arranged neatly in one of pop culture’s most easily recognizable works, it hits you like a freight train: this was a rough year for everyone, and no one was safe from Father Time.

There’s no denying that 2016 has been an incredibly divisive year all across the board – but Chris Barker’s Sgt. Pepper’s album art remix is unique in that for a brief moment, it unites us all and brings us great pause as we’re forced to take a long, hard look at ourselves and the things we hold dear and maybe even smile a little as we think back to the fond memories attached to everyone in the photo.

“I think it’s hit a nerve with a lot of people in bizarro-year and I hope it’s made a few people smile and a few people think,” Barker said. “Whatever people’s backgrounds, they all make the same comments. So it seems that we really do have more in common than that which divides us.”