68-Year Old Grandmother Proves You’re Never Too Old To Be A Metal Head! 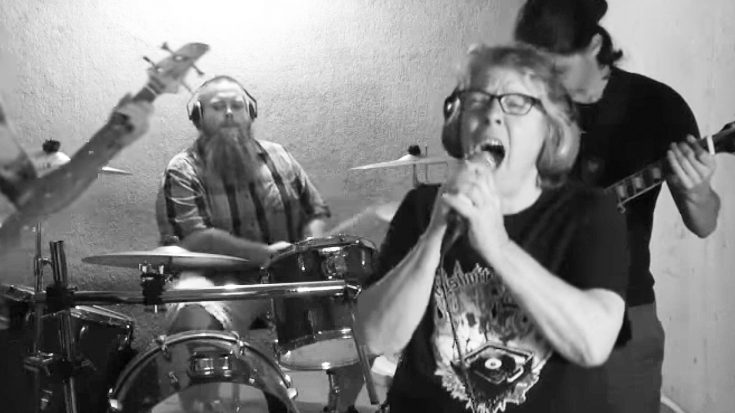 She rocks harder than most bands around today!

You would think at the age of 68-years old, someone would want to retire, kick back and enjoy life, right? Well, a “normal” retirement was not in the plans for this rockin’ grandma. She took her retirement to the next level, and decided to fulfill a life-long passion of her’s.

She goes by the name Grindmother, and has changed the music game in the later stages of her life! Hailing from Ontario, Canada, Grindmother is the lead singer of a hardcore metal band of the same name. She decided to keep her real name private (which is the most metal thing ever) and has made her rounds on YouTube and other social media networks. Below is some rehearsal footage from the band, and you can see Grindmother is incredibly passionate about metal music, and absolutley kills it as a lead vocalist!

Check out Grindmother down below, and let us know what you think! Keep being yourself, Grindmother and rock on!