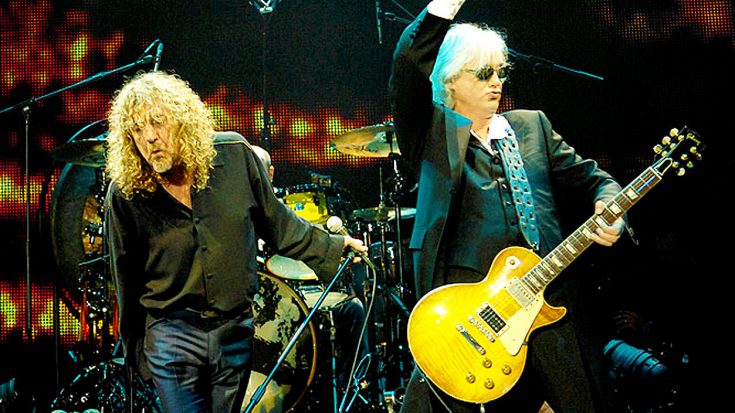 I can’t believe they turned it down

Back in October of this year, one of the most insane music festivals of all-time took place. Desert Trip was a once in a lifetime music event that featured some of the best classic rock legends! The Rolling Stones, The Who, Neil Young, Paul McCartney, Roger Waters and Bob Dylan all graced the stage across two weekends of epic nostalgia. It’s hard to believe this festival could’ve gotten better, but after some reports, it could have been unbelievable.

Apparently Led Zeppelin were offered to play Desert Trip. The festival wanted the band to reunite and play a two hour set for both weekends. The festival wanted them so badly, that they offered them $14 million to play! According to reports, Jimmy Page was all in for the reunion and performance, but Robert Plant stubbornly declined. The $14 million is double than what every other act received to play the festival. Looks like they wanted Zeppelin pretty bad!

Well, there’s always next year for a Zeppelin reunion at Desert Trip! Hopefully they put egos aside and give the fans the ultimate treat!