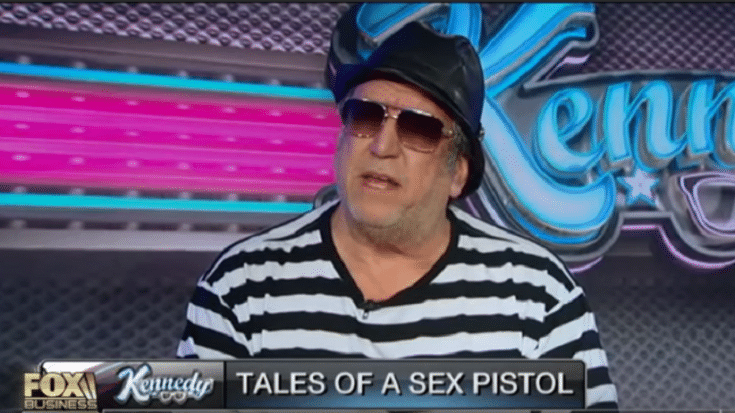 He Called It A “Nightmare”

Sex Pistols’ legendary axeslinger Steve Jones revealed in his radio show Jonesy’s Jukebox on December 13 that he suffered from heart attack three months ago and is still recovering. He explained that it began in August, “Three months ago, I was going to start the one-day a week. The day before I was gonna come in, I was in Malibu. I was with my friend Richard and my face started feeling wonky. I asked him, ‘Does my face look funny to you?’ He said, ‘Yes.’… An hour later, I’m back at his house.” Initially, he thought he was having a stroke which made him panic.

He continued, “We called a paramedic and went to St John’s hospital and did all the checks, kept me there overnight.”

As it turned out, he had Bell’s Palsy but that he had “no idea what it meant, other than when I smiled I looked like Popeye.” After three weeks, he was ready to go back to his radio gig when he was awakened in the middle of the night by a chest pain. He then drove himself to buy aspirin before going to Cedars-Sinai hospital. He had to undergo an emergency surgery where the doctors inserted stents to allow blood flow to his heart.

He recalled, “So, I had a heart attack and I kept hearing 90% blockage.”

Although he’s now well enough to continue hosting his radio show, he did admit that his recovery was “a bit of a nightmare ’cause I think my heart was working at 30 percent. I don’t know if it’s come up a little bit since then” and that he’s “on eight [or] nine medications.” He also said, “And I’m getting real weird reactions, dizzy and just out of my mind.”

Jonesy’s Jukebox is on the 95.5 KLOS station in Los Angeles.