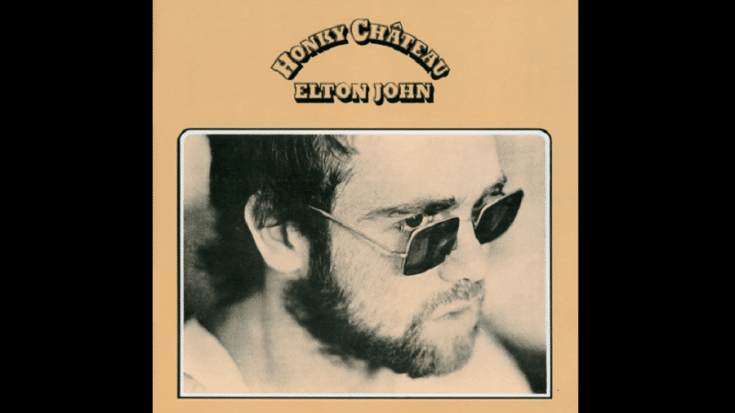 Elton John was catapulted to superstardom after the release of his fifth studio album “Honky Château” – titled after Château d’Hérouville in France where he recorded the LP. Although Elton John and longtime collaborator Bernie Taupin already worked together in two previous records, they reached the pinnacle of their creative collaboration with “Honky Château”.

Elton began exploring rock ‘n roll territory and it was this LP that turned him into a full-fledged rockstar. His live band was made up of Davey Johnstone on guitar, Dee Murray on bass and Nigel Olsson on drums. At the time, it was his strongest and most focused effort. There’s no filler and listening from one track to the next makes for one delightful listening experience.

Honky Cat is a joyful, catchy tune that immediately makes you want to listen more. He then slows it down with Mellow which is still addicting. I Think I’m Going to Kill Myself is one of the clear standouts. It’s funky and upbeat musically but lyrically, it’s rather cynical. Susie is a fun rocker. Rocket Man is one of the radio hits that helped propel the album to greater heights.

Salvation is a beautiful, moving piece. Slave is one of the more underrated tracks with stellar guitar work. Amy is a groovy rocker. Mona Lisas and Mad Hatters is a mellow and lovely ballad – it’s pretty sad that this is often overlooked. Hercules isn’t as memorable as the others but still good on its own.

Honky Château is a watershed of sorts for Elton John. It may seem like the mix of pop, rock, and ballads is somewhat odd and eclectic but overall, it’s a tight and consistent album.