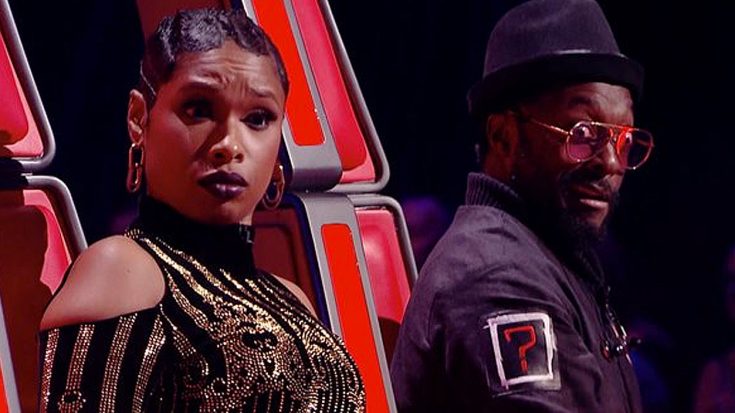 “When you hit that note my eyebrows fell off!”

Let’s be real here: we don’t watch shows like The Voice to see the winners. We watch to see contestants like Liza Baker, who took to The Voice UK this week and delivered a performance of Heart’s “Alone” so jaw dropping that the judges were visibly fighting the urge to turn around just based on the sheer power of her voice alone, leaving judges Jennifer Hudson and will.i.am absolutely stunned and Liza’s friends cheering loudly from backstage.

Baker, a tribute singer from Wales, starts off “Alone” without any frills, opting to attack the song with a whisper – but it’s at 48 seconds in that the game completely changes when Liza opens the throttle, unleashing a note so powerful that will.i.am announced after the performance, “When you hit that note, my eyebrows fell off!”, a claim backed up by the sheer look of surprise on his face:

After that, it’s a wrap. Liza is completely in her element in a vocal performance that gives Ann Wilson a run for her money and if you weren’t rooting for her to win before, then you will be by the time she’s through. As for the lucky judge that gets to work with her? Let’s just say that Jennifer Hudson’s going to have one hell of a team this season. Good luck, Liza!