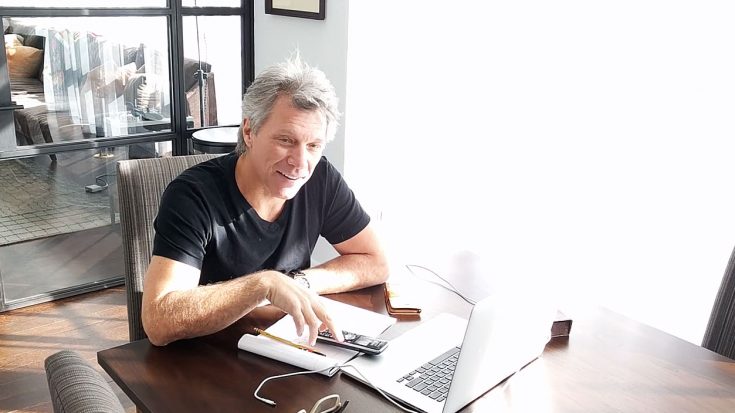 Up And Coming Musician Gets The Call He’s Been Waiting For!

For decades now, the legendary rock band Bon Jovi has been at the forefront of all things popular hard rock. They are a band that has created some of the most timeless rock anthems and are severely overdue for a Rock & Roll Hall Of Fame induction. Recently, they announced a contest where local acts could win an opportunity to open for Bon Jovi.

So far, a handful of winners have been announced. Certain bands will get the opportunity of a lifetime when they open up for Bon Jovi in their city. One such musician getting the good news was caught on camera and it’s such a beautiful moment!

What you’re about to watch is a video in which Jon Bon Jovi makes a phone call to a musician by the name of Michael Tracy to let him know that he has just won the opportunity of a lifetime. It’s not everyday that a rockstar can make a dream come true, but when they do, it’s the most beautiful thing you’ve ever seen. Don’t believe me? See for yourself!