Exclusive: Get A Sneak Peak Of Foreigner Heating Things Up In This Wendy’s Super Bowl Commercical! 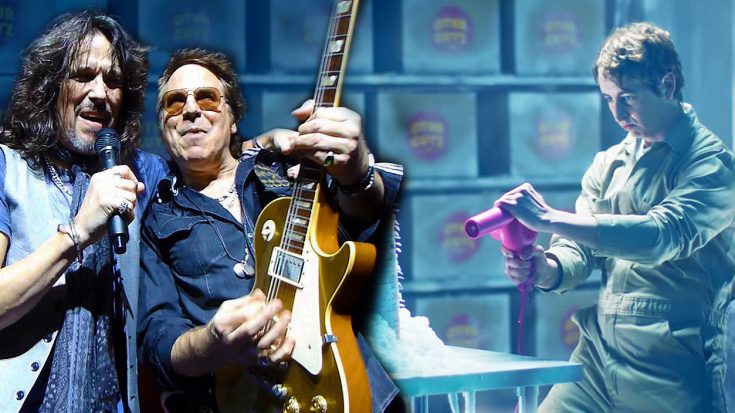 These Burgers Are As Cold As Ice

Every year, advertisers spend billions of dollars for their company to be featured in a Super Bowl commercial. They get some of the biggest movie stars, rock stars, songs, and pop culture figures to be featured in these ads in hopes of grasping viewer’s attentions.

Before the game the big game this weekend, we have a sneak peak of one of these commercials that will feature Foreigner’s hit “Cold As Ice.” Wendy’s is featuring the song in their ad campaign for their “fresh, never frozen, beef.” The ad shows a freezer vault opening up and the camera walks down a deep freezer filled with frozen burger patties. At the end of the hallway, there is a guy blowdrying a stack of frozen patties in what looks like an attempt to unfreeze them. The commercial is pretty goofy, and has a little bit of irony mixed in there. It’s basically saying to consumers that you’ll never see Wendy’s unfreezing their patties, because they’re fresh and never frozen.

Check out the exclusive sneak peak of the add down below and let us know what you think!