Flashback To Kiss And Their Explosive, Over The Top Super Bowl XXXIII Pre-Game Show 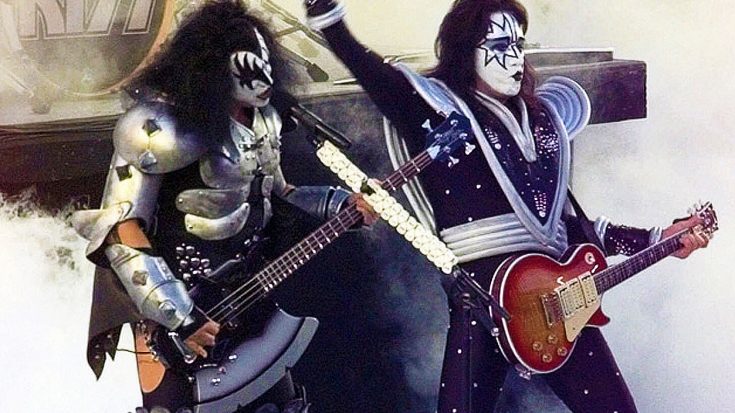 For Kiss fans, the highlight of the 90s was the band’s reunion; from 1996 to 2001 the original lineup comprised of Gene Simmons, Paul Stanley, Ace Frehley and Peter Criss dazzled fans across the world with their reunion and subsequent farewell tour in 2000, but before that, they helped kick off the final Super Bowl of the 1990s with an explosive pre-game show before the final showdown between the Denver Broncos and the Atlanta Falcons.

Featuring a horde of dancing cheerleaders painted in Kiss makeup, Gene and the boys burst onto the stage and launched into “Rock and Roll All Nite,” their energy infectious as the entire crowd got to its feet and began to sing and dance along and unknowingly kicking off a trend that would take off in the early 21st century – one that placed some of rock’s biggest icons at center stage for the coveted halftime show slot. Whether you love Kiss or can’t stand ’em, I defy you to watch their pre-game performance and not get caught up in the excitement. We tried just for argument’s sake, and it’s impossible – they absolutely rocked it!