Biker Shreds Guitar Made From Harley Parts – Wait, What?! 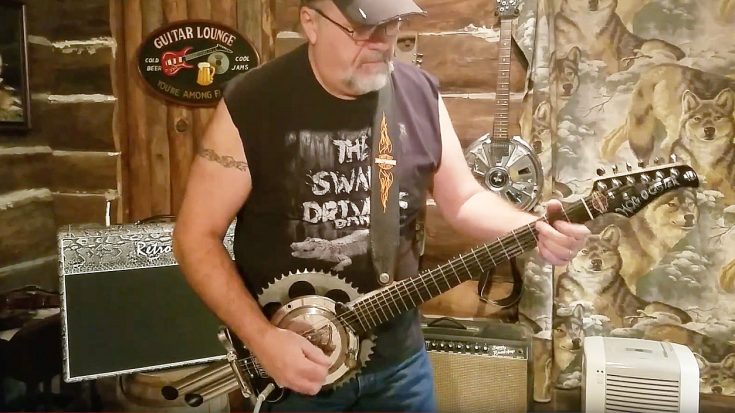 We love Harleys and we love guitars, so you can imagine how excited we were when we stumbled across a gentleman who actually combined the two to make a guitar made from Harley parts! Called the “Hog-O-Caster,” custom guitar maker Terry Johnson’s labor of love is named with both Harleys and Fender Stratocasters in mind but don’t worry – it certainly doesn’t sound like a Harley (but boy, does it handle like one!). I don’t know what kind of magic Terry worked when it comes to the electrical and pickup aspects of the Hog-O-Caster but whatever it is, it’s clear that he struck serious gold.

With its rich, buttery tone and smooth handling, it’s no wonder why Harleys and rock and roll seem to go hand in hand – it’s a match made in heaven as Terry used high quality Harley-Davidson parts to craft a guitar that handles as beautifully as the motorcycle whose parts it contains, and we’d be lying if we said this didn’t look like the coolest, most bad ass guitar we’ve ever seen, either. If that’s not enough to sell you on it, swing by the video below this article to see Terry and the Hog-O-Caster in action; it plays like an absolute dream, and Terry is a master musician who knows how to make an already beautiful guitar sing. Enjoy!