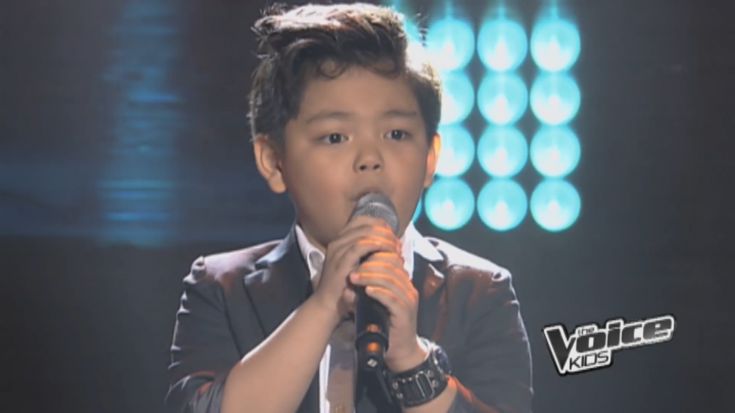 This 8-year-old cutie sure packs in massive talent as he wows the judges, the audience, and the world with his jaw-dropping rendition of the classic hit “Don’t Stop Believin'” by Journey. Steve Perry may have been replaced by Filipino singer Arnel Pineda, but this kid who is also from the Philippines might be stealing the thunder from him too. Nathan Bautista was a contestant on the Philippine “kids” version of the highly popular reality singing contest “The Voice”. During this performance in the show’s blind auditions, little Nathan immediately catches the attention of all three judges who all pushed their buttons and turned their chairs even before he finished singing the first line of the song! One of the judges is Broadway legend Lea Salonga who even got up on stage to hug him after being in complete adoration of his incredible talent. His amazing performance went viral that it resulted to some reaction videos from many popular video bloggers across the internet. Before joining “The Voice Kids”, Nathan won first place in a local talent show. With his undeniable talent and increasing charisma, it’s going to be an exciting journey to stardom for the 2nd grader.