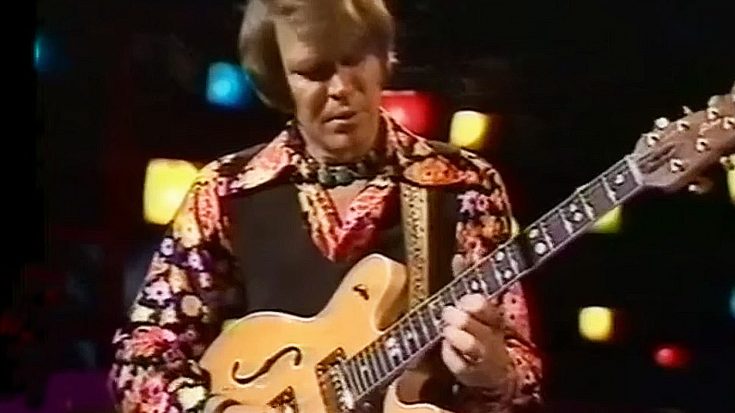 With 45 million records sold, 12 RIAA Gold albums, four Platinum albums and one Double-platinum album – oh, not to mention a total of 80 different songs on either the Billboard Country Chart, Billboard Hot 100, or the Adult Contemporary Chart (of which 29 made the top 10 and of which 9 reached number one on at least one of those charts) – it’s a marvel as to why American country and rock icon Glen Campbell isn’t in the Rock and Roll Hall of Fame.

Sure, most know him for his 1975 recording of “Rhinestone Cowboy,” but Campbell’s contributions to the rock world and his chops as a world class guitarist are nothing to sneeze at, either; he was part of the famed Wrecking Crew, an amalgam of some of the best session musicians the world had to offer, playing on recordings by The Monkees, Elvis Presley, even filling in for The Beach Boys’ Brian Wilson and playing on their critically acclaimed album Pet Sounds.

Fun Fact: Campbell made history in 1967 by winning four Grammys total, in the country and pop categories.

As seen here during a 1975 performance of “(Back Home Again In) Indiana” Glen’s skills as a musician and showman were unmatched as he served up a nearly two minute guitar solo that blew us away with its speed and complexity, leaving us shaking our heads in dismay that the Ovation guitar in his hands isn’t hanging in the Rock and Roll Hall of Fame – Glen worked some serious magic with a guitar in his hands, and that deserves a spot among rock and roll’s best and brightest.