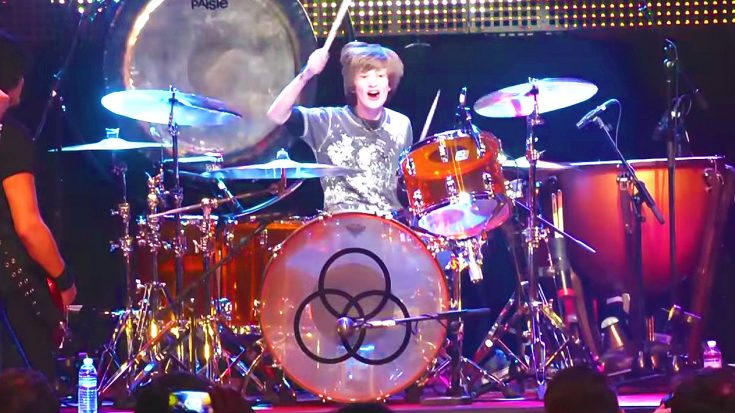 This kid is going to be a force to be reckoned with!

There’s not much of an argument against the fact that John Bonham is the greatest drummer of all time. Every rock fan pretty much collectively agrees that the Led Zeppelin drummer sits alone on the throne at the top of the greatest of all time list, and his songs are always incredibly difficult to cover.

Recently, the Led Zeppelin tribute band The Moby Dicks were playing a show in Santa Ana, CA. During the show, the band pulled up 13-year old drumming phenom Logan “Robot” Gladden to cover Zeppelin’s cut off of Physical Graffiti, “The Rover.” Logan is incredibly talented, and gained notoriety from his drum duet with KISS members Gene Simmons and Paul Stanley. When he gets up on stage, Logan wastes no time and just rips into the drums on this cover! You can tell he channeled Bonham on this cover, and had some epic fills you won’t ever forget!

Check out Logan’s amazing cover down below, and let us know what you think!