Remember When ZZ Top Stole The Super Bowl Half Time Show? This Is How It’s Done 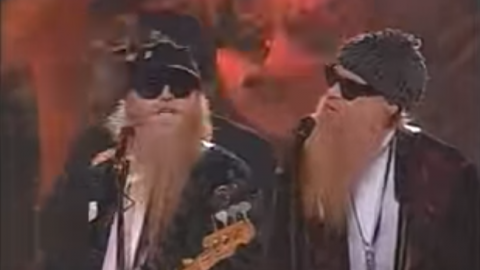 Since, we’re all still on a Super Bowl high depending on when you’re rea (or low, if your team lost sorry), we’re reminded of some of the most epic halftime shows ever (thanks to Lady Gaga’s jaw-dropping number and her drones) including this one on January 26, 1997 at the Louisiana Superdome in New Orleans, Louisiana. But first, let’s all take time to remember that this happened 20 years ago. What?! Where did time go?! Anyway, we’re still blown away by this spectacular blues party.

You can’t argue that this is among the greatest performances ever. Just look at that powerhouse lineup! We’d like to think THIS is the pinnacle of all halftime shows. Well, actually Paul McCartney and Prince had some pretty epic shows as well, but still. It has a whole different vibe to it that makes us feel nostalgic. Honestly, the Blues Bros and James Brown were pretty good, they could actually stay on stage.

It’s crazy how good this sounds. The rowdy renditions are exceptional and they surely set the bar for halftime shows. Yes people, this is how it’s done. It totally kicked ass.

Their energetic and powerful take on some classics just blew everyone away. Their stage presence alone is enough to make everyone scream – they could basically just stand there and the crowd will still go wild.

There are so many things to love about their performance. But the energy – man, it’s absolutely insane.