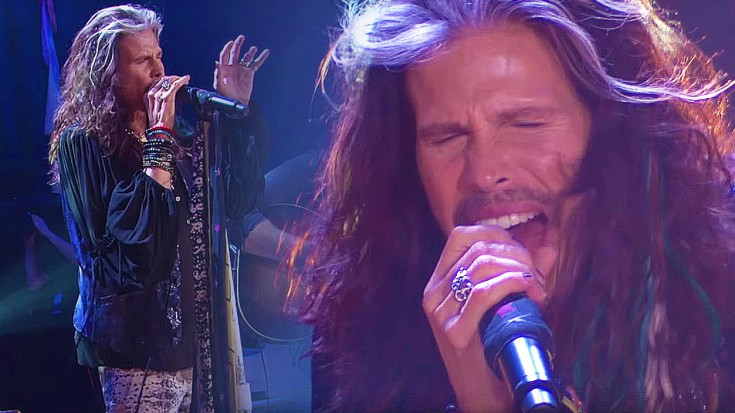 One of rock’s most celebrated frontmen, Aerosmith’s Steven Tyler is well on his way to achieving his dreams of being the next big thing in country music. Already sporting one wildly catchy hit single under his belt with another debuting in early 2016, Tyler was tapped in September 2015 to join the critically acclaimed concert series Front and Center – a fantastic glimpse into the world of country music’s heavyweights and the talented team of songwriters who help make the magic happen.

Now in its 6th season, Front and Center gave fans the chance to see another side of Steven Tyler with his breakout performance of “Love Is Your Name”; with the help of his band Loving Mary and singer-songwriter Eric Paslay, Steven absolutely rocks this bluegrass-infused country tune as only a rocker of his caliber could!

Steven On His Musical Influences:

“My earliest influences put me somewhere between The Everly Brothers and the Carter family, and this project is all about me paying homage to my country roots.”

Aerosmith fans need not fear, though – while “Love Is Your Name” is undeniably country, our favorite frontman still puts that delicious rock flavor on it with his signature raspy wail while commanding Front and Center’s intimate stage as easily as that of Madison Square Garden. If this is any indication of where he’s going with his full length country debut, then count us among the many that can’t wait to hear it!