Come One Come All: Seether’s “Remedy” Will Take You On A Freak Show Ride You Can’t Escape 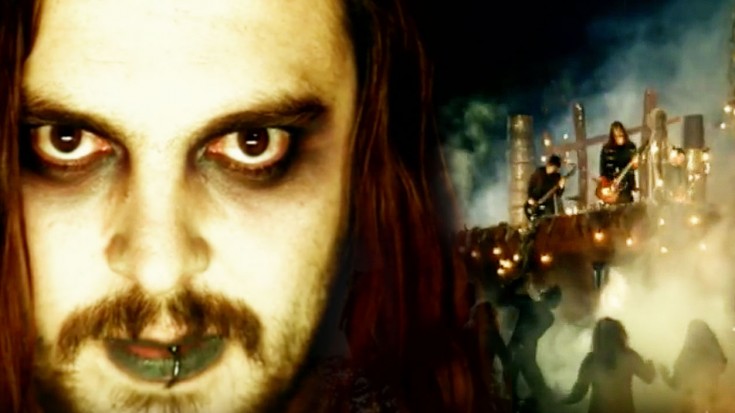 South- African rocker band Seether‘s Shaun Morgan takes on the frightfully eerie persona of a demented, sadistic clown host to the world’s scariest, realest freak show in their official “Remedy” music video. Portraying the possessed deviant, the haunted artists sings of addiction and its hold on those that cannot escape the grip of the “remedy.”

“Remedy” became their first single to hit the top spot on the Billboard Hot Mainstream Rock Tracks chart, dropping and regaining the spot for a total of 8 weeks at #1.

When the video starts out, the carnival- goers seem to be highly anticipating the horrific sights with elated facial expressions jumping over one another to get on the tour, however, they soon come to realize throughout the progression of the “show ” that the sights are a little too real and grotesque to handle. Metaphorically speaking, a life that deals with drugs is a similar concept in the fact that the experiences are anticipated and yearned for, but once you’re in it, you can’t get out.

From the band’s Karma and Effect album, “Remedy” functions as an ironic, Nirvana- like expression of addiction, hopelessness and the intense authority we let these substances have on our minds and bodies.