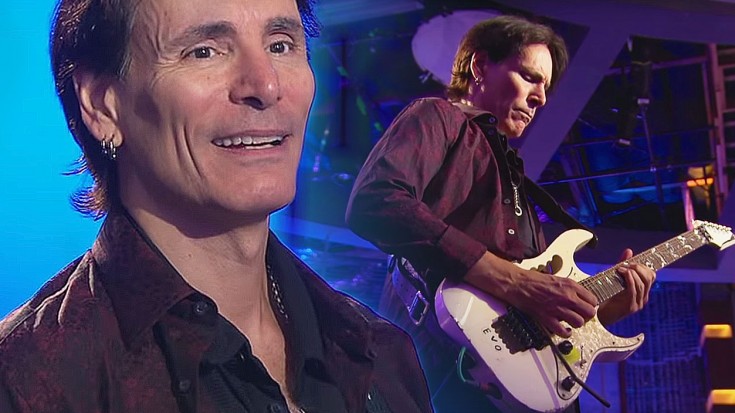 It’s pretty safe to say that Chef Gordon Ramsay cranked the heat way, way up on last night’s episode of Hell’s Kitchen! With only 10 chefs left in the running for the coveted grand prize head chef position at BLT Steak at Bally’s Las Vegas, Chef Ramsay brought in Grammy Award winner and legendary axe slinger Steve Vai to give the remaining contestants a crash course in an unlikely subject: music.

Steve Vai is one of music’s most celebrated musicians, boasting an impressive resume that dates back to transcribing music for Frank Zappa – but more importantly, he’s a highly respected industry professional who recognizes the importance in being able to create with others and shine on his own to create the best possible final result. His surprise appearance on Hell’s Kitchen was a treat for the show’s contestants, but served a much larger purpose:

“You saw how Steve was able to have as much impact by himself as when the band were playing together. The same can be said for a chef who’s able to make a great dish whether he has a dozen ingredients or just a couple.”

Tasty food from 10 talented chefs and tasty licks from our favorite guitarist? This is one you definitely don’t want to miss!