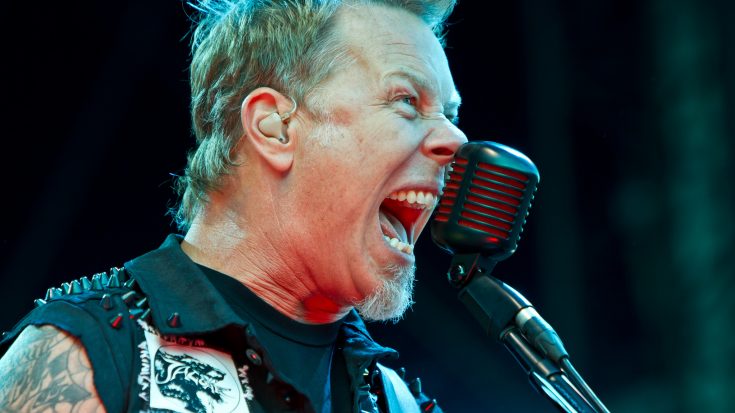 Due to the popularity of Stranger Things’ fourth season, Eddie Munson became a popular Halloween costume this year. The character was such a hit to the point that even Metallica’s James Hetfield dressed up as him for Halloween.

When the fourth season of the hit Netflix series was released, it connected many ties between Metallica and Stranger Things. It started when Munson shredded to the classic “Master of Puppets” during the season’s finale. The song quickly went viral on TikTok and because of that, it created a whole new generation of Metallica fans.

As a result, the song entered the Billboard Hot 100 chart for the very first time and received a few other accolades as well. As an appreciation, Metallica did a variety of ways in order to return the favor. It includes making their own TikTok jamming to “Master of Puppets” alongside Munson, paying homage to the character during festival performances, and teaming up with the show for an exclusive line of merchandise.

And just when you thought they’d had enough, Hetfield shared his Eddie Munson Halloween costume on his social media. His look consisted of a dark wig, a denim jacket with a Hellfire Club shirt underneath, jeans, and high-top sneakers.

Of course, that won’t be completed without throwing good ‘ole horns and sticking his tongue out the way Munson did in the famous scene in the show.