Keith Richards List Down The Best Bands In The World 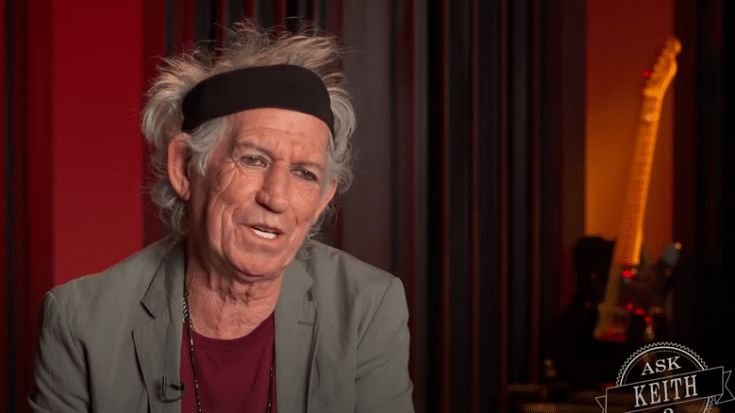 The 1960s was the period when profound cultural upheaval happened in the western world underpinned by the burgeoning rock ‘n’ roll scene. It was also the same time when the British rock scene bloomed and the sound of rock music began to transform rapidly.

Groups like Pink Floyd and Cream explored the world of psychedelia. The Who and Led Zeppelin opted for loud music. Meanwhile, there are steadfast disciples like The Rolling Stones who stuck with their beloved roots in 1950s rhythm and blues.

But what does the guitarist of The Rolling Stones, Keith Richards, has to say when he will be tasked to list some of the bands that he saw as the best of all time? In 2008, The Stones hosted a project called ‘Living Legends’ on their YouTube channel. Richards first chose Elvis Presley and his backing band, The Hillbilly Cats. Richards stated:

“I would start personally with probably The Hillbily Cats, Elvis’s band.

“Guitarist Scotty Moore, drummer D.J Fontana, and bassist Bill Black. The most amazing stuff, and it was very early on.”

As he shared the reason why, he also professed his love for Elvis and The Hillbilly Cats in a 2001 chat with Classic Albums. He said:

“It was like the world went from black and white to technicolor. I guess they were the first white band that anybody heard of with a good lead singer that was sailable. They had the rhythm. The beautiful thing about Elvis was that he sort of turned everybody into everybody [and made people think] ‘maybe you can do it.’”

“I was just as interested in the band as I was in Elvis. So I just considered him to be part of it, you know, Bill Black, Scotty Moore and D.J. Because the early ones [albums] didn’t have drums on it, this is the funny thing, he is the King of Rock and Roll, and some of his earlier records don’t actually have drums.

“At the same time, Dave Bartholomew’s band that backed up Little Richard, Fats Domino – that was a great band too.”

Aside from that, The Beatles were also mentioned by Richards during his ‘Living Legends’ talk. Richards explained:

“The Beatles, obviously! I mean, I sort of throw them in, obviously. I’m always caught up with that ‘Your Top Five Favourites’ and everything because I realize I’m gonna leave people out. The other one is The X-Pensive Winos laughs.”

In 2003, Richards was able to share his fond memories about his band’s relationship with The Beatles on his ‘Ask Keith’ website. He recalled that they became their friends and that they even “came to see us play, we were playing in a pub at Station Hotel in Richmond, that was our gig,” as per Richards.

“It was the only one we really had, and everybody was having a good time and I turn around and there is these four guys in black leather overcoats standing there… ‘Oh fuck me, look who’s here!’ This was soon after ‘Love Me Do.’ I mean this was really early on. This was late ’62, early ’63. From then on, we were always good mates. When [The Beatles had a] new single, we always made sure we didn’t clash because, in those days, it was like every two months you had to have a new single. We would collaborate with each other, so we didn’t go head to head, because outside, it seemed like ‘you’re either Beatles or Stones’, never the twain shall meet… bullshit. I mean, between the two bands there was never any sense of competition; it was cooperation,” referring and remembering their early days together.

The final musician that Richards mentioned and whom he considers his all-time favorite was his good friend, Steve Marriott. Marriott is the lead singer of Small Faces. Richards said:

“I always liked Steve Marriott, very much from the English point of view. You know, The Small Faces and then he had Humble Pie. I’m not gonna say, like Led Zeppelin, The Who, Black Sabbath, I would only be lying; they’re not my favorites. They are all good, I know them, they are all good players and everything, but as a band, no.”

Marriott, on the other hand, was also vocal about his close and unique friendship with Richard and he discussed that during his 1983 interview. Marriott proclaimed that Richards loves him, saying:

“He’s always been on my side. He got me out of the hole. So he’ll be around whatever happens. Whether he plays guitar, whether he pushes knobs, who cares? I’ll write on the back of [my new] album in big black letters, ‘Thank you, Keith, for bailing me out!’ My manager Moe says to me, ‘Ring Keith, ring Keith!’ and I said, ‘Fuck it—for once in my life I’d like to ring Keith and just go, ‘How are you?’ instead of, ‘Keith help me do this, Keith help me do that.’”