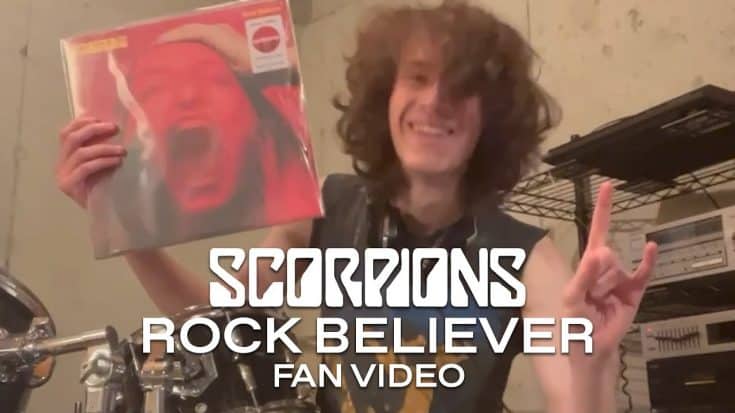 The Scorpions are streaming the official fan video for the title track “Rock Believer” from their latest album.

Early this year, the German rockers announced and invited their fans to submit clips of themselves rocking to the music from the album that will be later on be included in the newly-available video.

The band thanked them by saying a short message that goes:

“Thank you for sharing your videos with us, seeing you all rocking out to our tracks means the world to us.”

“Thank you to all the Rock Believers out there for participating!”

The band will launch their North American leg of a world tour in support of the 2022 album on August 21 in Toronto. “Rock Believer” scored a US Top 5 debut this spring to deliver the group their highest-charting effort ever on the 30-year-old Billboard Top Albums chart.

The Scorpions were known for their hit “Rock You Like a Hurricane” in 1984. The band has received prestigious awards such as three World Music Awards, a star on the Hollywood Rock wall, and a presence in the permanent exhibition of the Rock and Roll Hall of Fame. You can check out their newly released official music video below.